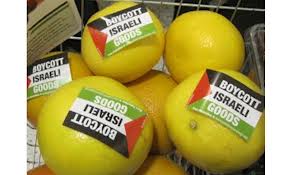 The Palestinian National Authority (PNA) welcomed Wednesday the European Union’s decision to ban cooperation with Israeli institutions in the territories it occupied during the 1967 war.

The Palestinians express hope that the European step would finally lead to a complete boycott to the settlements’ products, Palestinian Minister of Economy, Jawad Naji told Xinhua in a brief telephone conversation.

The EU’s first-of-its-kind guidelines, which will take effect next year, reflect the growing tension between Europe and Israel on the issue of the Israeli settlements built.

The EU decision was made at a time when U.S. Secretary of State John Kerry is exerting efforts to convince the Palestinians to resume direct peace talks with Israel, which were brought to a halt in October 2010 due to Palestinians’ rejection to Israeli settlement building in the West Bank.

The EU guidelines that ban any cooperation with the Israeli settlements “are a very good development in the way how the union deals with Israel,” said Hanan Ashrawi, a member in the Palestinian Liberation Organization (PLO), in a statement.

After meeting with British diplomats Tuesday in Ramallah, Ashrawi said the change in EU’s position “would certainly help in finding better chances for resuming a fruitful peace process in the Middle East.”

She called on Kerry to press Israel to abide by the peace process and the principle of land for peace.

The Palestinians also called on other countries all over the world to follow the EU guidelines and boycott the Israeli settlements which were built on the “Palestinian territories occupied by Israel in 1967.”