Egypt’s interim PM to swear in new cabinet next week 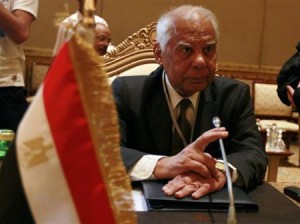 Egypt’s interim prime minister will start contacting candidates for cabinet ministries on Sunday and Monday with a view to having the cabinet sworn in by the end of next week, he told Reuters on Friday.

Hazem el-Beblawi, a liberal economist and former finance minister, was named to head the cabinet after the army removed elected Islamist President Mohamed Mursi last week. He is trying to assemble an interim government to lead the country under an army “road map” to restore civilian rule.