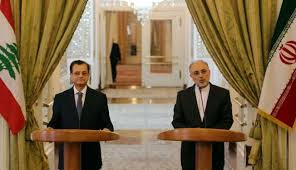 “The brothers in the Gulf and the Gulf Cooperation Council are better than that and their values do not allow them to expel [Lebanese] en masse,” Mansour told reporters .

Earlier this week, Mansour dismissed media reports that over 25 Lebanese Shiites were expelled from their workplace in Qatar due to their political affiliations, saying that his ministry had not received any information in this regard.

Mansour said Saturday that some Lebanese had left Gulf countries but for work performance related reasons.

He also said “Gulf authorities have so far not taken measures against Lebanese nationals in their countries,” while accusing some media outlets of trying to provoke Gulf states into taking such steps.

Mansour, who represents the Amal Movement in the outgoing cabinet, a close ally of Syria rejected on Wednesday “charges that Hezbollah will be made responsible for the deportations, in case they happen.”

Hundreds of Hezbollah fighters were reportedly killed in Syria, while fighting alongside the forces loyal to the embtatled president Bashar al Assad against the rebels, who are seeking to topple his regime.

In Tehran Mansour claimed that Lebanon is sticking to its disccociation policy with regards to Syria and denied any interference in Syrian civil war.

Following a meeting with his Iranaian counterpart , he criticized the decision by Friends of Syria to arm the rebels.

“The events will have repercussions on regional countries, since the beginning of the crisis, Lebanon has maintained its stance on the Syrian situation, while not interfering, the events should not have a negative affect on Lebanon. We seek in stability and peace in Syria as we are part of that region and I reiterate that sending weapons will not help Syrian interests or the countries in the region. Sending weapons means the continuation of violence, and that means the destruction of Syria and its integrity and it will also destroy the region.”