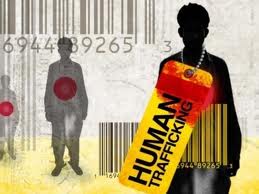 An annual U.S. State Department report on Wednesday cited Russia and China among the world’s worst offenders in fighting forced labor and sex trafficking, which could lead to U.S. sanctions, prompting angry rebuttals from Moscow and Beijing.

The report said Russia had failed to provide systematic safeguards for victims of trafficking. China, it said, had done too little to outlaw all forms of trafficking and punish perpetrators.

The U.S. designation drops Russia and China, already often are at odds with Washington, in the same category as North Korea and Iran.

The State Department ranks countries according to the efforts they make to fight human trafficking. Russia, China and Uzbekistan all fell to the lowest level, Tier 3.

Russia’s Foreign Ministry issued a statement saying the report used “unacceptable methodology” grouping countries according to their degree of sympathy with Washington.

“In fighting organized crime, including countering trafficking, Russian authorities will never follow instructions worked out in another country, let alone fulfill conditions presented nearly in the form of an ultimatum,” it said.

Russia, it said, would retaliate against any sanctions.

China, she told a briefing, “has achieved remarkable progress in fighting domestic and transnational trafficking”.

The U.S. report acknowledged that China had taken some steps, such as vowing to work with international organizations and increasing public awareness, but said it also continued to perpetuate the problem in hundreds of its own institutions.

“Despite these modest signs of interest in anti-trafficking reforms, the Chinese government did not demonstrate significant efforts to comprehensively prohibit and punish all forms of trafficking and to prosecute traffickers,” U.S. officials wrote.

The report said China’s one-child policy and preference for sons had reduced the number of women in the country, generating demand for women as brides or prostitutes.

Russia’s government “had not established any concrete system for the identification or care of trafficking victims, lacking any formal victim identification and referral mechanism,” although there were some “ad hoc efforts,” the report said.

The findings are likely to further complicate relations between the United States and the two countries, already strained by the handling of the civil war in Syria and cybersecurity, among other issues.

While it was not immediately clear what the Obama administration might do given the downgrade, human rights advocates and some U.S. lawmakers urged strong steps such as imposing sanctions or withholding foreign aid.

“China has become the sex and labor trafficking capital of the world,” said U.S. Representative Chris Smith, a New Jersey Republican. “Without serious and sustained action by Beijing, it is only going to get worse.”

Under U.S. law, Tier 3 countries may face sanctions that do not affect trade or humanitarian assistance, such as educational funding or culture programs.

John Sifton, Asia advocacy director for Human Rights Watch, said China and Russia had been given several chances to improve their efforts to combat trafficking and protect victims.

Despite pledges to combat such crimes, countries have failed to identify tens of millions of victims, according to the report, which ranked 188 countries and territories.

Just 40,000 victims of “modern slavery” were identified last year among the estimated 27 million men, women and children who are held against their will globally, the report said.

“Despite a growing body of knowledge about victims and their needs, finding them remains a tremendous challenge,” department officials wrote in their 2013 Trafficking in Persons report.

Most victims were women and girls, although many men and boys were also affected.

Human trafficking practices can range from prostitution to forced labor among migrants or domestic servitude – and children also can be victims. Perpetrators are difficult to track and largely circulate in the private economy, although cases can involve rebel groups or national authorities.

Overall, far more countries were downgraded rather than deemed to have improved, Sifton said.

“This is a much more negative report than years past,” he said. “Russia and China rightly deserve attention, but many other countries have very serious trafficking and forced labor problems.”