by yalibnan
405
By: David Ignatius, Critics are correct when they argue that President Obama doesn’t have a strategy for military victory in Syria. The reality is , Obama is still playing for a negotiated diplomatic transition.
Share: 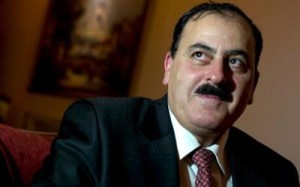 By: David Ignatius
Critics are correct when they argue that President Obama doesn’t have a strategy for military victory in Syria. The reality is that, despite his decision last week to arm the opposition there, Obama is still playing for a negotiated diplomatic transition.
It’s a confusing policy with multiple objectives: Obama wants to bolster moderate opposition forces under Gen. Salim Idriss until they’re strong enough to negotiate a transitional government. He wants to counter recent offensives by Hezbollah and other Iranian-backed forces aiding President Bashar al-Assad. And he wants to keep Arab nations from bolting the U.S.-led coalition backing Idriss and instead arming radical jihadists.

Obama doesn’t want the rebels to overrun Damascus if the jihadists are the strongest faction. As he told PBS’s Charlie Rose in an interview broadcast Monday, “One of the challenges that we have is that some of the most effective fighters within the opposition have been those who frankly are not particularly [friendly] towards the United States.” To counter the jihadists’ influence, Obama has been trying to build up Idriss, so far with limited success.

The public rationale for Obama’s decision to arm the rebels was Assad’s use of chemical weapons. But the basic evidence to support this charge had been available for weeks. The real trigger was a new uptick in the Sunni-Shiite regional war that is driving the Syrian conflict.

This escalation began June 5, when Hezbollah joined Assad’s forces in sweeping the rebels from Qusair, a strategic town along the Lebanese border. Idriss warned a few days later that 5,000 Hezbollah and other Iranian-backed fighters were massing near rebel strongholds in Aleppo. As the situation deteriorated, Saudi Arabia and Qatar began pulling away from the U.S.-led “Friends of Syria” coalition backing Idriss and moving instead to support jihadist groups in Syria, figuring that they had a better chance of stopping the Iranian proxies.

Obama’s announcement that the United States would arm the rebels was an attempt to draw the Saudis and Qataris back in the fold. A new meeting of the Friends of Syria is likely soon, where the United States hopes for a renewed public commitment by all the Arabs to channel aid through Idriss rather than the extremists.

Critics such as Sen. John McCain have chastised Obama for naively backing Idriss without giving him the military tools to win, such as a no-fly zone. But it could also be argued that the policy contains a cynical dose of realpolitik: Obama doesn’t want Assad to collapse too soon, before Idriss and his moderate forces have become strong enough to control the country.

For administration officials, the biggest worry may be that Syria will simply collapse, creating a power vacuum like what happened after Saddam Hussein was toppled in Iraq in 2003. Even as they support the rebels, U.S. officials want the Syrian army, police and civil service to remain intact — so that they could join in a transitional government after Assad is gone. The U.S. strategy of aiding Idriss is based partly on his public statements that he’s ready to work with reconcilable elements of the regime in such a transitional government.

“The way these situations get resolved is politically,” Obama said in his interview with Rose. He noted that the opposition is made up of “carpenters and blacksmiths and dentists. These aren’t professional fighters.” The unstated message was: This takes time.

It’s telling that even after last week’s announcement of military aid to the rebels, U.S. officials were still studying the fine print of last June’s Geneva agreement with Russia, China and other leading nations for a Syrian-led transition. This document calls for a “neutral environment in which the transition can take place,” which U.S. officials see as code for the Assad clan’s departure.

The Obama policy on Syria isn’t quite as feckless as it may look. But it has the fundamental flaw of past covert-action programs, which is that the United States is seeking a decisive political change through proxy forces that have limited power and popular support — and could easily be overwhelmed by others who have a stronger ideological or religious motivation. It’s not an accident that the jihadists have been the best fighters among the rebels: They’re the most passionate about their cause.

If Obama’s goal is a negotiated settlement, rather than a win on the battlefield, it’s paradoxically all the more urgent to help Idriss. He needs to appear to Syrians as a strong leader heading a disciplined force. Otherwise, Syria’s future will be shaped by extremists, one way or another.