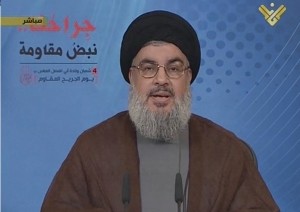 Hezbollah leader Sayyed Hassan Nasrallah promised on Friday the Lebanese militant group would keep fighting for Syrian President Bashar al-Assad after it spearheaded the recapture of the strategic town of Qusair last week.

Echoing the determination of a speech three weeks ago, when he pledged to battle until victory, Nasrallah said Hezbollah was aware of the cost of military engagement in Syria’s civil war and would not be deflected from its goal.

“We will not change our position. After Qusair is the same as before Qusair … Wherever we need to be, we will be,” Nasrallah said in a televised speech.

“What we assumed responsibility for, we will continue to be responsible for, and there is no need to give details,” he said during an address commemorating fighters wounded in Hezbollah’s military campaigns including a 2006 war with Israel.