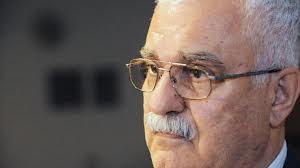 Syria’s opposition leader has said he will not attend planned US and Russian-backed peace talks in Geneva as he urged the world to act over the conflict.

George Sabra, the acting president of the Syrian National Coalition (SNC), said on Saturday that the opposition needed military assistance, not talks.

“Now isn’t the time to be thinking about international conferences,” Sabra said at a conference in Istanbul.

“What is happening in Syria today completely closes the doors on any discussions about international conferences and political initiatives.”

He said that the continuing conflict was undermining the stability of the region and that the war would result in mass graves all over Syria.

Sabra said that he wanted urgent military assistance to push back Hezbollah and Iranian fighters who were rushing to major cities.

“Iran is working to transform our region into warring groups,” Sabra said.

“We have been warning the entire world of the gravity of the deployment of Hezbollah militias on Syria’s home soil.”

Sabra had said on May 30 that the opposition would not attend a peace conference while Iran and the Lebanese Shia movement Hezbollah were supporting Syrian troops on the ground.

In a post on its Facebook page on Saturday, the SNC urged the international community to act quickly to help Syrian civilians.

“The Syrian Coalition also reiterates its appeal to the international community to quickly pass and adopt a binding resolution through the UNSC to implement practical steps to end the bloodshed, establish humanitarian corridors for aid in affected areas, and to support the revolution and end the ongoing violence in Syria,” the statement said of the UN National Community Council.

Meanwhile, the SNC will hold a meeting on June 12 to choose a new president. The meeting will be held at the Arab League headquarters in Cairo.