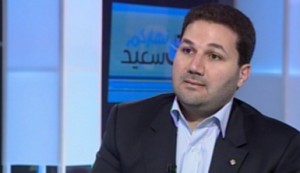 MP Nadim Gemayel told LBC during an interview on Nharkom Said TV Show on Sunday that the ongoing crisis taking place in Syria is ” the revolution” of the Syrian people against its regime.

He also reiterated that Hezbollah is a “mercenary” serving the interests of Iran in Lebanon and Syria.

MP Gemayel noted that all ‘Lebanon’s components are in danger, not only the Christians.”