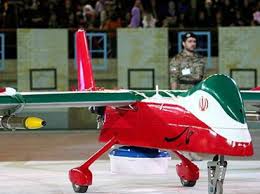 Iran unveiled on Thursday a new drone, dubbed the Epic, capable of carrying out both surveillance and attack missions, the Mehr news agency reported.

Defence Minister General Ahmad Vahidi was quoted as saying the Epic, which can fly at high altitudes, is a “stealth aircraft that cannot be detected by enemies.”

On April 18, Iran made public three other models,

The Throne, also a stealth model, has a long range and is equipped with air-to-air missiles, said General Amir-Farzad Esmaili, commander of anti-aircraft operations.

Esmaili said Iran had already produced and used dozens of them.

The Hazem-3 (Solid) and Mohajer-B (Migrator) are “tactical and combat” models and also capable of reconnaissance, the general said.