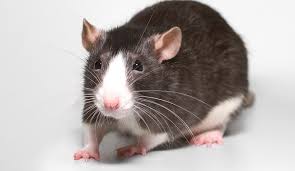 Even for China’s scandal-numbed diners, news that the lamb simmering in the pot may actually be rat took the country’s endless outrages about food hazards into a new realm of disgust.

In an announcement intended to show that the government is serious about improving food safety, the Ministry of Public Security said over the Internet on Thursday that the police had caught traders in eastern China who bought rat, fox and mink flesh and sold it as mutton. But that and other cases of meat smuggling, faking and adulteration that were also featured in Chinese newspapers and Web sites on Friday were unlikely to instill confidence in consumers already queasy over many reports about meat, fruit and vegetables laden with disease, toxins, banned dyes and preservatives.

Sixty-three people were arrested and are accused of “buying fox, mink and rat and other meat products that had not undergone inspection,” which they doused in gelatin, red pigment, and nitrates, and sold as mutton in Shanghai and adjacent Jiangsu Province for about $1.6 million, according to the ministry’s statement. The account did not explain how exactly the traders acquired the rats and other creatures.

“How many rats does it take to put together a sheep?” said one typically baffled and angry user of Sina Weibo, China’s Twitter-like microblog service that often acts as a forum for public venting. “Is it cheaper to raise rats than sheep? Or does it just not feel right unless you’re making fakes?”

Residents of Shanghai recently endured the sight of thousands of dead hogs floating down a nearby river, apparently the dumped victims of disease in piggeries upstream.

The arrests were part of a nationwide operation since late January to “attack food safety crimes and defend the safety of the dining table,” the ministry said. The police arrested 904 people suspected of selling fake, diseased, toxic or adulterated meat, and broke up 1,721 illicit factories, workshops and shops. Yet the ministry acknowledged that diners still had reason to worry.

In food safety campaigns in past years “some serious problems have been dealt with swiftly and vigorously, but for a variety of reasons, food safety crimes remain serious, and are displaying new circumstances and features,” an unnamed senior official said in the statement.

“For example, there is selling of meat injected with water and meat from animals dead from disease, as well as passing off relatively cheap types of meat as relatively expensive beef and mutton.”

China’s prime minister since March, Li Keqiang, has said that improving food safety was a priority — one of the main grievances of ordinary citizens that he has said his government would tackle. But similar vows by his predecessor, Wen Jiabao, ran up against inadequate resources, buck-passing and muddle among rival agencies, and protectionism by local officials, said Mao Shoulong, a professor of public policy at Renmin University in Beijing, in an interview.

“The United States and Europe can’t eradicate these problems either, but they are even more complicated in China,” said Mr. Mao, who has studied food and pharmaceutical safety regulation.

“Chinese food production has become larger scale and more technological, but the problems emerging also involve using more sophisticated technology to beat regulators and cheat consumers,” he said. “The government’s efforts need to catch up with the scale and complexity of the problems.”

This time, at least, the government gave consumers a stomach-churning glimpse into problems in the meat industry.

The cases described included a company in Inner Mongolia, a northeast region of China, caught with 23 tons of fake beef jerky and unprocessed frozen meat adulterated with flavoring chemicals and swarming with bacteria. Six suspects in Guizhou Province, in southwest China, were caught with 8.8 tons of “toxic chicken feet” adulterated with illegal additives. Chicken feet, steamed or boiled with spices, are a popular dish in parts of China.

The Ministry of Public Security also described cases of traders selling pigs and ducks that had died from disease, and of another perennial problem: pigs injected with water to increase the weight, and price, of the pork sold on the market.

The fraud sometimes had deadly results. In February, the police in Shaanxi Province in northwest China arrested a suspect accused of selling a lamb carcass so heavily laced with pesticide that one person died after eating the barbecued meat.

In another show of official efforts to stem public ire over menaces to food safety, China’s Supreme People’s Court, the country’s highest court, on Friday issued guidelines for sternly punishing related offenses, like taking “ditch” cooking oil that has already been used and dumped in drains and processing it to be resold for cooking. Such problems “seriously affect social harmony and stability, and seriously harm the image of the party and government,” the court said in an accompanying statement issued by state-run media.

Public discontent about food safety has brought growing pressure on the Chinese Communist Party leadership, especially since 2008, when officials acknowledged that tens of thousands of children were at risk from kidney stones and other organ damage caused by milk powder adulterated with melamine, a chemical used to bamboozle protein tests. At least six infants died from illnesses attributed to the toxin, which sickened over 300,000 children.

Many consumers have recently stopped buying chicken and duck out of worries about avian flu. Parents in many Chinese cities, including Beijing, have become increasingly alarmed by acrid pollution that doctors blame for increased respiratory illnesses.

“Food safety and environmental protection face the same problem that although regulatory capacity has expanded, there’s been no fundamental change for the better,” said Mr. Mao, the professor. “The fact that the police have become involved shows how serious the problems still are.”