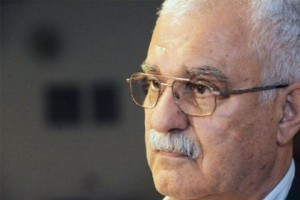 Hezbollah’s role in fighting in the central Syrian province of Homs is a “declaration of war against the Syrian people,” the newly appointed head of the opposition National Coalition warned on Monday.

“What is happening in Homs is a declaration of war against the Syrian people and the Arab League should deal with it on this basis,” George Sabra said shortly after the opposition bloc announced his appointment as interim chief.

“The Lebanese president and the Lebanese government should realise the danger that it poses to the lives of Syrians and the future relations between the two peoples and countries,” he added.

The remarks came shortly after the opposition announced Sabra would take on the Coalition leadership on an interim basis after the resignation of Ahmed Moaz al-Khatib.

His condemnation of the role of the Lebanese Shiite group follows reports that elite fighters from the organisation were taking the lead in the Syrian regime’s battle against rebel fighters in the Qusayr area of Homs.

The area, near the Lebanese border, has been the scene of fierce fighting in recent days, with regime troops capturing a string of strategic villages in the area and raising rebel concerns that the town of Qusayr, an opposition stronghold, could also fall.

“It’s Hezbollah that is leading the battle in Qusayr, with its elite forces,” Rami Abdel Rahman, director of the Syrian Observatory for Human Rights, told AFP.

The area is considered strategically important because it lies near the Lebanese border and the highway connecting Damascus to the coast.

President Bashar al-Assad reportedly told a group of visiting Lebanese politicians at the weekend that the fighting in the area was the “main battle” his forces were waging.

“We want to finish it at any cost,” a Lebanese politician at the meeting quoted him as saying.