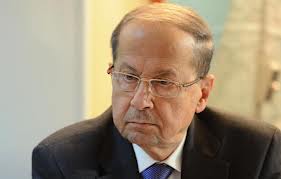 Free Patriotic Movement Leader MP Michel Aoun slammed both the president of the Lebanese Republic Michel Suleiman and Caretaker Prime Minister Najib Mikati over the resignation of the government, accusing the president of being a dictator and calling the motives behind the PM’s resignation ‘silly’.

“The reasons behind Mikati’s resignation are silly and Suleiman behaved like a dictator in trying to impose the formation of the committee to supervise the upcoming elections,” he told Sawt al-Mada radio station.

Mikati announced the resignation of his government on Friday in Beirut, after Hezbollah and its allies blocked the creation of a body to supervise parliamentary elections and refused to extend the term of the country’s police chief, who will retire on April 1.

Suleiman accepted Mikati’s resignation, tasking the Tripoli lawmaker with continuing as caretaker prime minister, in preparation for parliamentary consultations to name the next prime minister-designate.

“They want to extend the term of an officer that has reached the retirement age, which is a violation to the law and an affront to the [Internal Security Forces] institution,” Aoun said.

The March 8 coalition regards Rifi as too close to the Future Movement, which heads the country’s opposition March 14.

Mikati’s resignation dealt “a strong blow” to the Hezbollah-led March 8 parties according to local media reports.

In another interview on Saturday, Aoun who is closely allied with the Iranian and Syrian backed Hezbollah militant group also took aim at the president, saying his insistence on the formation of the elections committee to supervise the elections under the 1960 law was the result of U.S. interference.

“The visit of the U.S. ambassador to some politicians is what brought to light the issue of forming the supervisory committee and Suleiman supported such a course,” said Aoun.

Suleiman suspended the cabinet session that was held at the Baabda presidential on Friday, because he said ” he could not forsee any future sessions or Cabinet agenda that did not include the issue of the supervisory committee”

Aoun also accused the president of going against the wishes of Christian sects in the country, which he said all opposed the 1960 law and accused him of bullying the Christians.

The four major Christian political parties have endorsed an electoral proposal put forward by the Orthodox Gathering, which allows each sect to elect its own representatives and adopts Lebanon as a single district based on a proportional representation system.

However, the proposal is opposed by the Future Movement, Progressive Socialist Party, March 14 independent Christian lawmakers and the president.

March 14 accused Hezbollah of attempting put under its own control the country’s security.

Future bloc MP Amin Wehbe told Free Lebanon radio station that the underlying reasons behind the government resignation were the attempts of the Hezbollah-led March 8 group to put the country’s security agencies under their control.

“They want to target the last security structures that could reassure the Lebanese,” Wehbe said in reference to the blocking of the extension of the term of Internal Security Forces chief Ashraf Rifi “.