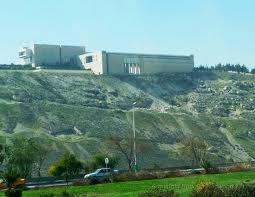 Syrian rebels said on Monday they had fired mortar bombs at the presidential palace, the Damascus International Airport and security buildings to mark the second anniversary of the uprising against President Bashar al-Assad.

A statement posted on an opposition Facebook page said rebels groups had fired “a number of 120mm heavy caliber mortars … in a joint operation coordinated with battalions operating in Damascus.”

“The operation comes in conjunction with the second anniversary of the start of our revolution, which is a revolution of freedom and dignity against the despotic regime of the criminal Bashar al-Assad,” it said.

Reuters could not independently confirm reports due to reporting restrictions on journalists in Syria.

The Syrian Observatory for Human Rights, which has a network of activists across the country, said several rockets fell in districts near the presidential palace. But it said it could not confirm if the building was actually hit, nor whether there were any casualties.

Rebels who are fighting to end four decades of family rule have overrun suburbs on the outskirts of the capital but are unable to break into the center of the city as the army has fortified positions. They have hit the airport and the palace before, but Assad is no longer believed to be living there.

Some 70,000 people have been killed over the past two years in a revolt that started with peaceful protests but descended into a civil war after Assad’s forces shot and arrested thousands of opposition members.