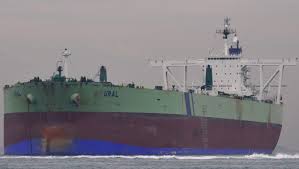 The United States slapped financial sanctions on Thursday on a Greek businessman it says secretly operated a shipping network on behalf of the Iranian government to get around international sanctions on the country’s sale of oil.

“Today, we are lifting the veil on an intricate Iranian scheme that was designed to evade international oil sanctions,” U.S. Treasury Undersecretary for Terrorism and Financial Intelligence David Cohen said in a statement.

The sanctions cited Dimitris Cambis and a number of front companies for buying tankers on behalf of the National Iranian Tanker Company, barred U.S. citizens from doing business with them and froze any of their assets under U.S. jurisdiction.

Cambis was identified in a Reuters report last month that said Iran was using old tankers to ship oil to China.

Reuters reported that Cambis had bought eight tankers last year, which were then used to transport Iranian crude. Cambis denied trading with Iran or the involvement of his vessels in loading Iranian oil.

Greece also ordered a probe into an unnamed foreign company to see if its license to operate in the country should be revoked over its involvement in the shipping network.

A senior U.S. administration official dismissed Cambis’ denial in a telephone conference call with reporters on Thursday, saying the clandestine operation had been deliberately structured to conceal Iranian involvement.

As the sanctions have had increasing impact, so have the efforts to evade them, the official said.

Sanctions were introduced last year by the West to choke off Tehran’s funding of its nuclear program by targeting the country’s oil exports. The West believes Iran is developing weapons, a charge Tehran denies.

Sanctions halved Iran’s oil exports in 2012 by more than 1 million barrels a day, about the amount that oil production grew in the United States during that time, and Washington has been at pains to keep up the pressure.

“We will continue to expose deceptive Iranian practices, and to sanction those individuals and entities who participate in these schemes,” Cohen said.

The targeted network bought and operated eight tankers, each able to carry roughly $200 million of oil per shipment, the Treasury Department said.

“These operations are conducted through a series of ship-to-ship transfers in an attempt to mask the fact that the true origin of the oil is from Iran and to introduce it into the global market as if it were non-Iranian oil,” Treasury said.

U.S. officials said the sanctions were not aimed in any way at the Greek government, other Greek shippers or the Greek shipping industry in general.

They also said none of the potential buyers of the Iranian crude was believed have violated U.S. sanctions, which allow countries that have significantly reduced their purchases of Iranian oil to be exempted from certain U.S. penalties. They declined to name the countries that may have bought the oil.

A senior U.S. official told Reuters the effort that was unveiled on Thursday had “cropped up in just the last couple of months,” suggesting that it was a relatively recent attempt to evade U.S. sanctions.

“As it becomes increasingly desperate for foreign exchange, Iran is using increasingly sophisticated techniques to keep its oil flowing,” said Mark Dubowitz, with the Washington-based Foundation for Defense of Democracies, who has advised President Barack Obama’s administration and U.S. lawmakers on sanctions.

“For every target sanctioned, and covert activity revealed, there will be scores that go uncovered.”