We have a Jesuit Pope now, but who are the Jesuits?

by yalibnan
925
Besides being the first South American pontiff, Pope Francis is also the first Jesuit Pope. This article By Daniel Pinto in DNA explains this religious order.
Share: 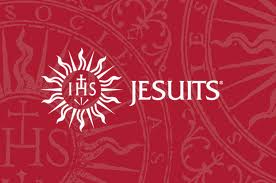 Besides being the first South American pontiff, Pope Francis is also the first Jesuit Pope. DNA tells you everything you need to know about this religious order.

Who are the Jesuits and who founded their organisation?

The Society of Jesus is a religous order within the Roman Catholic Church. It founded by an ex-soldier St Ignatius of Loyola, a Spanish nobleman of Basque heritage in 1539. It got the approval of the pope the following year. The founder himself never used the word Jesuit, was used as negative term (literally: one who spoke the name of Jesus too much). With their austerity and will to work in foriegn lands, and their founder’s army background they are also called ‘God’s Marines’. Believing that one’s talents must be harnessed for the greater good of God, Jesuits have been educators, social workers, artists, philosophers and scientists.

Why did a soldier become a saint?

A cannonball fire resulted in the loss of a leg and injured the other one while he was doing battle with the French in 1521. Convalescing in hospital, Ignatius came across a commentary of the lifeof Jesus which led him to renounce the militaristic ways and spent more than a decade becoming a hermit and scholar. Ten years after formulating his treatise Spiritual Exercises in 1924, in the University of Paris he met 6 other like-minded students (including St Francis Xavier) who undertook their vows of poverty, chastity and later obediencence to the Church.

For his contributions, he was canonised by Pope Gregory XV in 1622

How did the Jesuits bring about a change in the Church?

As the first Superior General – for he resolved to become a soldier of Christ – St Ignatius, who swore an oath of obedience to Rome, played a crucial role in the counter-reformation efforts of the Church, which was being undermined by reformers who were raising awareness of the machinations of human nature and greed in its workings.

His order’s vow of poverty sought to limit the corrupting influence of wealth. Different from other orders, Jesuits did not have to live in tightly knit communities and were very mobile.

The members of the order are known for their intellectual prowess and their efforts in founding educational institutions. The roots of liberal education were planted in the order’s theological reasoning that God could be encountered in his creations, injecting renaissance humanism into existing medieval structures of instruction which the Church championed.

What role did they play in evangelisation of Christianity and beyond?

The Jesuits went to China, Japan and India in the 16th century, and North America in the 17thcentury. Jesuits, especially Antonio Ruiz de Montoya – who became an expert on the Guaranilanguage of Paraguay’s Amerindians, were dangerous to the empires of Portugal and Spain because of their activities to prevent the enslavement of Native Americans by colonisers.

Confucius is known by his Latin name because of the works of the Jesuits who introduced his philosophy to the West. The French Jesuit Jean François Pons pioneered the study of Sanskrit in the West.

Philologist and anthropologist Jesuits championed the study of local languages, histories, compiling glossaries and converting by means of syncretism ie using local systems and imagery to forward their cause.

Seeking social justice has been a priority for the order. One noteworthy stain on their record is the well-travelled Francis Xavier’s recommendation of an inquisition in Goa which came eight years after his death to the pain and sorrow of new Christians who were suspected of being secretly apostate.

During World War II, they earned the hatred of Hitler above all other organisations for giving refuge to the Jews. One priest, Alfred Delp, was hanged by Hitler for resisting his regime. Twelve have been lauded by the Holocaust Martyrs’ and Heroes’ Remembrance Authority for risking their lives. After the atomic bomb was dropped on Hiroshima, Superior General PedroArrupe led the first rescue party in search of survivors.

What are the contributions of the Jesuits to the secular world?

From craters of the Moon being named after them to Seismology being referred to as the ‘Jesuit science’ to Roberto Busa, the inventor of hypertext to the current Pope’s chemistry degree, Jesuits have made a name for themselves for their discoveries.

Check out this list of scientists and workers in the humanities

What are the controversies surrounding the order?

Stereotypically portrayed as crafty and scheming, an English Jesuit John Ballard was executed for playing a part in the execution attempt on Queen Elizabeth.

Jesuits were also executed for the Gunpowder Plot which saw its protagonist Guy Fawkes (now appropriated as an anarchist icon) attempting to blow up English Parliament on 5 November 1605. Fawkes was famously hanged and quartered.

A 17th century document ‘Secret Instructions of the Jesuits,’ purportedly written by Claudio Acquaviva, the 5th Superior General of the order made it look like the group was out to take over the world. It has been denounced as a forgery.

More recently. internal conflict has arisen in the past between traditionalists and the Jesuits disposed to free-thinking over a number of issues ranginh from homosexuality to birth control, the ascent of women in the Church and abortion.