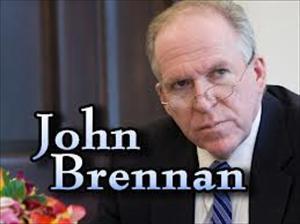 The U.S. Senate Intelligence Committee voted 12 to 3 to confirm John O. Brennan as director of the Central Intelligence Agency on Tuesday, hours after the White House agreed to provide more information on the legal basis for targeted killings of Americans believed to pose a terrorist threat.

The vote, in a closed committee meeting, clears the way for Mr. Brennan, a 25-year C.I.A. veteran who has been President Obama’s top counterterrorism adviser, to be confirmed by the full Senate later this week.

In his White House job, Mr. Brennan, 57, has overseen the expansion of targeted killing in Pakistan, Yemen and Somalia. While he is widely expected to win confirmation, senators of both parties have used his nomination to try to pressure the White House into disclosing information it has previously declined to give to Congress.

They have had some success. On Tuesday morning, the committee’s Democratic chairwoman, Senator Dianne Feinstein of California, said the White House had agreed to give the committee access to all Justice Department legal opinions on the targeted killing of Americans. Two such opinions were briefly shared with senators at the time of Mr. Brennan’s confirmation hearing last month; it is unclear how many more memos will now be shared.

Republicans have pressed for more details on the administration’s response to the terrorist attack in Benghazi, Libya, in September, which killed the American ambassador, J. Christopher Stevens, and three other Americans. The committee has been given additional Benghazi material as well, though not enough to satisfy some Republicans.

In addition, a staff member for each senator on the Inteligence Committee will now be permitted for the first time to see the Justice Department memos, which govern the use of drones and other weapons to kill American citizens overseas who have been identified as dangerous terrorists. Previously, only senators themselves were permitted to read the memos, a restriction that Ms. Feinstein had strongly protested, staff members said.

“I have reached an agreement with the White House to provide the committee access to all O.L.C. opinions related to the targeted killing of Americans in a way that allows members to fulfill their oversight responsibilities,” Ms. Feinstein said, referring to the Justice Department’s Office of Legal Counsel. “I am pleased the administration has made this information available. It is important for the committee to do its work and will pave the way for the confirmation of John Brennan to be C.I.A. director.”

Congressional officials said the administration had also agreed to provide public, unclassified information about its position on when people suspected of terrorism can be killed legally on American soil. Several members of Congress, including Senator Rand Paul, Republican of Kentucky, have raised the question, but neither Mr. Brennan nor Mr. Obama has given a clear answer in public.

Three senators who had demanded all of the memos on killing Americans — Ron Wyden of Oregon and Mark Udall of Colorado, both Democrats, and Susan Collins of Maine, a Republican — said they were pleased with the agreement and would support Mr. Brennan’s confirmation.

“We believe that this sets an important precedent for applying our American system of checks and balances to the challenges of 21st-century warfare,” the three senators said in a statement.

They said the next step should be “to bring the American people into this debate and for Congress to consider ways to ensure that the president’s sweeping authorities are subject to appropriate limitations, oversight and safeguards.”

Only one American, the radical cleric Anwar al-Awlaki, who had joined the Qaeda affiliate in Yemen, has been deliberately killed in a strike, in September 2011. At least three other Americans killed in strikes in Yemen were not the intended targets, officials have said.

While Ms. Feinstein has sought legal opinions governing strikes targeting non-Americans, they are still being withheld by the administration, which views them as confidential legal advice to the president. As a result, the detailed legal rules for a vast majority of drone strikes, including so-called signature strikes aimed at suspected militants whose identities are unknown, remain secret.

On Monday, Senator Harry Reid, the majority leader, said he hoped the Senate would vote on Mr. Brennan’s nomination this week, but he complained that Republicans were insisting on a 60-vote majority to confirm him.

“At a time when America faces so many threats abroad, it is crucial that we have a talented and dedicated individual like John Brennan leading our nation’s most prominent intelligence agency,” Mr. Reid said. “Yet, Republicans again and again interject politics into the confirmation process.”

Christopher E. Anders, the senior legislative counsel at the American Civil Liberties Union, called the promised disclosures “an important first baby step towards restoring the checks and balances between Congress and the president,” but he said it was not enough.

“Amazingly, the Obama administration continues to hide at least some of its legal opinions, even from the intelligence committees,” Mr. Anders said. He said that all members of Congress should have access to the memos on targeted killings, and that redacted copies should be made public.