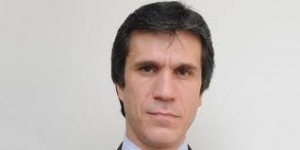 The Syrian Supreme Military Council accused Hezbollah on Thursday of occupying eight border villages in the neighboring country, vowing “to regain control of these towns”.

“We will take back these villages at any cost,” SMC media official Fahd al-Masri told the Turkish state-run Anadolu agency.

He elaborated: “Sunnis, Shiites, Alawites and Christians reside in them and there is Lebanese presence in only two Shiite villages”.

“The party has a plan to evacuate border regions of Sunnis,” he expressed.

“Hezbollah is deeply involved in Syria’s bloodshed”, the official said, adding that “most of the killing is taking place in Damascus’ countryside.

He revealed that a HA members was killed on Wednesday in the Aqraba area of Damascus’ countryside, after the rebels found out that he had conversation with party officials.

In a related development Syria rebels announced Thursday in a video which NOW published on YouTube that they have seized a Hezbollah vehicle in Homs province.

In the video, the rebels say that “the vehicle was carrying three Hezbollah ‘Shabiha’ who were fleeing to the nearest regime checkpoint.”

They added that they will always be “prepared to defend their land and people against Hezbollah.”

Last week, Syrian Supreme Military Council chief of staff General Selim Idriss said that the rebel army is poised to launch a military campaign against Hezbollah in Lebanon after a top commander issued a 48-hour ultimatum for the Shiite group to stop “firing” on rebel positions in the province of Homs.