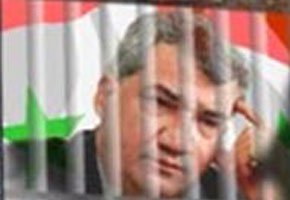 The Syrian opposition will demand “qualitative military support” at talks with major powers in Rome this week to help in its struggle to oust President Bashar al-Assad, a leading Assad opponent said on Wednesday.

The announcement during an interview with Reuters came after the United States said it would increase aid to the opposition in an effort to speed a political transition in Syria, now torn by civil war.

“We ask our friends to give us every backing to achieve gains on the ground and help reach a political solution from a position of strength, not weakness,” Riad Seif of the Syrian National Coalition umbrella group said a day before a Friends of Syria conference in the Italian capital.

“We expect to receive political, humanitarian and qualitative military support,” he said. The Friends of Syria group is comprised mainly of Western powers, Gulf Arab states opposed to the Iranian-backed Assad, and Turkey.

Seif, founder of the Western- and Arab-backed coalition who serves as one of its two vice-presidents, declined to be drawn into details but said there would be “special meetings” to discuss the military support issue.

The Washington Post has reported that the White House is considering a shift in policy toward the nearly two-year-long conflict in Syria and may send the rebels body armor and armed vehicles, and possibly provide military training. U.S. officials still oppose providing arms, the Post said.

The coalition endorsed this month an initiative by its president, Moaz Alkhatib, an ally of Seif, offering to talk with Assad’s government about a political transition based on his removal after 13 years in power and a national uprising that appears to be evolving into a sectarian conflict.

Asked how Assad, who has begun using heavier weapons, including ballistic missiles to pound rebel-held territory, would be forced to accept a political settlement, Seif said the military balance had to be tipped against the Syrian leader.

“Not all Syrians under Assad’s authority are his supporters. Those answering to him have to walk away from him and leave him to his hellish fate,” said Seif.

He spent most of the period since Assad inherited power from his father in 2000 as a political prisoner.

A While House spokesman said on Wednesday that President |Barack Obama’s administration would continue to provide assistance to the Syrian opposition “in the effort to bring about a post-Assad Syria”.

Photo: Riad Seif of the Syrian National Coalition umbrella group. He spent most of the period since Assad inherited power from his father in 2000 as a political prisoner.