Lebanon official exams will be postponed due to strike 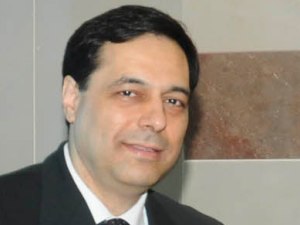 Lebanon Education Minister Hassan Diab revealed on Tuesday that the secondary and middle school official exams will most likely be postponed due to the strike by the Union Coordination Committee .

He said after meeting with PM Najib Mikati that despite the postponement the schools should complete the academic curriculum.

Diab did not disclose the new date of the official exams, which he said are linked to the current situation in Lebanon, “not just the strike.”

“We are primarily concerned with the students’ interests,” he stressed.

“The postponement will definitely take place and I am opposed to the open-ended strike because the students alone are paying the price,” he declared.

“Only the minister can designate the new date of the exams, not the UCC,” Diab stated.

The UCC is into its eighth of its open-ended strike which has resulted in the closure of a number of private and public schools throughout the country .

The school year has been plagued by numerous strikes led by the SCC, which has been holding its protests in an attempt to pressure the government to refer to parliament a new wage scale draft law.

On day eight of its open-ended strike, the SCC vowed that public and private school teachers and employees will march to Beirut’s Barbir Square on Wednesday to participate in a nationwide demonstration.

“We will not end the strike until the cabinet refers the new wage scale to the parliament,” head of the private school teachers Union Nehme Mahfoud said on Tuesday.

The cabinet has so far been unable to come up with appropriate funding for the scale that was approved last year.