UAE helps a US city ‘think big’ in rebuilding its schools 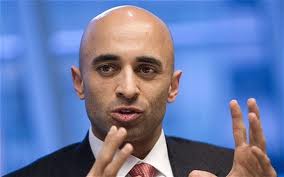 JOPLIN, Mo. — Two weeks after a mile-wide tornado tore through this city, killing 161 people and rendering a landscape of apocalyptic devastation, the public school system here received a telephone call from a man working for the United Arab Emirates Embassy in Washington, DC.

“Tell me what you need,” the embassy staffer said.

Six schools, including the city’s sole high school, were destroyed in the May 2011 disaster. Insurance would cover the construction of new buildings, but administrators were scrambling to replace all of the books that had blown away.

Instead of focusing on books, the staffer wanted “to think big.” So the school system’s development director pitched the most ambitious plan that came to mind, a proposal to obviate the need for high school textbooks that had been shelved two years earlier because nobody — not the cash-strapped school system, not the state of Missouri, not even local charities — had the money for it: Give every student a computer.

Today, the nearly 2,200 high school students in Joplin each have their own UAE-funded MacBook laptop, which they use to absorb lessons, perform homework and take tests. Across the city, the UAE is spending $5 million to build a neonatal intensive-care unit at Mercy Hospital, which also was ripped apart by the tornado.

The gifts are part of an ambitious campaign by the UAE government to assist needy communities in the United States. Motivated by the same principal reasons that the U.S. government distributes foreign assistance — to help those less fortunate and to influence perceptions among the recipients — the handouts mark a small but remarkable shift in global economic power.

For decades, the United States has been the world’s largest provider of foreign aid, paying for the construction of schools, health clinics and vaccine programs in impoverished countries. It still is, but the level of donations has been increasing among nations with new financial clout, including China, India and oil-rich Persian Gulf states. And at least one of them now sees poor parts of the United States as worthy recipients for that same sort of assistance.

“We spot needs and we try to help,” said Yousef al Otaiba, the UAE ambassador to the United States.

During the past two years, the UAE government has paid for the construction of all-weather artificial turf soccer fields in low-income parts of New York, Los Angeles, Miami and Chicago. The embassy wants to build three more fields this year. Otaiba hopes to break ground on the first of them this spring in the Washington area, although the embassy is still in discussions with potential partners and has not settled on a location.

Although U.S. hospitals and universities have long been recipients of Persian Gulf philanthropy, most of those gifts have come from the personal funds of royal family members, often to express gratitude for the education or medical care they received. Natural disasters also have prompted contributions: The UAE and Qatar, a fellow petro-wealthy Persian Gulf nation, both wrote $100 million checks to the State Department in 2005 to help with the reconstruction of the U.S. Gulf Coast after Hurricane Katrina.

Many other nations also spend money in the United States, but much of it is devoted to promoting their respective languages, traditions and national interests through educational grants, study-abroad programs and cultural centers, such as Germany’s Goethe-Institut and France’s Alliance Francaise.

The UAE’s unusual approach has its roots in the 2006 controversy that erupted when a firm based in Dubai, one of the seven emirates that make up the UAE, sought to take over the management of six U.S. ports. Intense congressional opposition, some of it resulting from misperceptions about the UAE’s relationship with the United States, scuttled the deal.

Afterward, the embassy commissioned a survey of American attitudes toward the UAE. Although 30 percent of respondents had an unfavorable view, 70 percent said they had no opinion. When Otaiba became ambassador in Washington in July 2008, the survey results provided him with a critical mission: to persuade Americans, particularly those with no opinion of his country, to develop a favorable view of the UAE.

Home to about 8 million people, the desert nation is among the world’s richest countries — and Dubai, with its gleaming skyline, has emerged as a global hub of trade and finance. The UAE is also a key Western ally in the region. Still, most Americans were unfamiliar with it.

“We had a responsibility to educate Americans about who we are,” he said. “We have been in Afghanistan with you. We went into Libya. We’re the largest export market for the U.S. in the [Middle East] region.”

Part of Otaiba’s response was to do what ambassadors have long done: He traveled the United States, giving speeches promoting his nation, explaining how his government has been a loyal partner in the fight against terrorism and how his leaders share U.S. concern about Iran’s nuclear program. The dapper, smooth-headed 40-year-old, whose English has only a hint of an Arabic accent, won over audiences.

But Otaiba, who received a master’s degree in international relations from Georgetown University and has a nuanced understanding of American politics, figured he needed to do more than just talk. In 2009, he helped facilitate a $150 million gift from the government of Abu Dhabi, the largest emirate, to Children’s National Medical Center in Washington to establish a new research center to develop innovations in pediatric surgery.

The UAE made large gifts to other hospitals, including Johns Hopkins and the Cleveland Clinic, but the ambassador also began branching into new areas — a Baltimore food bank, the New York Police Foundation and a nonprofit group that helps Washington high schoolers pay for university tuition.

In the case of Joplin, Otaiba said the decision to help started with a phone call from the crown prince of Abu Dhabi, Mohamed bin Zayed al Nahyan, who saw images of the devastation on CNN. A week later, an embassy staffer was in Missouri, looking for ways to assist.

Beyond a basic rebuild

Joplin, home to about 60,000 people, is a former mining town on the far southwestern edge of the state, near the border with Kansas and Oklahoma. Parts of the main drag have been rebuilt since the tornado, with the construction of modern strip malls and shiny fast-food restaurants. But the new structures, much of them funded by large companies, belie deeper economic troubles in the city, where many residents are dependent on low-paying service-sector jobs. Sixty-two percent of children in the school system live in families whose household incomes are below the federal poverty line.

The UAE did not want to just hand over money as it had done after Katrina, risking involvement in programs that might be plagued with waste and mismanagement, and it didn’t want to simply rebuild what had been damaged by the tornado. “We asked ourselves, ‘What can we bring to Joplin that probably won’t be forthcoming from anywhere else?’ ” Otaiba said. “We wanted to bring them something they didn’t have before.”

Otaiba’s staff member in Joplin quickly discovered that Mercy Hospital was one of the city’s principal economic engines. Not only was it among the largest employers, it drew residents from surrounding communities, generating business for restaurants and hotels. The hospital had not been equipped with a neonatal intensive-care unit, forcing some parents to travel hours by roads to hospitals in St. Louis or Springfield, Mo.

To Otaiba, the decision was simple: Give the hospital $5 million to build a 12-bed NICU.

“It was a huge shot in the arm,” said Gary Pulsipher, the hospital’s chief executive. “Their message to us — ‘Even though you’ve been through this awful event, we want to encourage you to come back stronger’ — was so inspiring.”

Because the rebuilt hospital will not open until 2015, the embassy also sought out a project that would yield a more immediate impact. The school system was an obvious target. If temporary schools did not open by the end of summer — in just three months — city officials worried that many families would move away. School administrators assumed they would be able to find interim structures in time, but they weren’t sure what to do about textbooks.

Then the embassy called.

When development director Kimberly Vann told her boss, Superintendent C.J. Huff, that the UAE government was willing to donate $1 million for laptops, he thought it was a joke.

“Back then, we were getting a lot of calls from people willing to help — but nothing like this,” Huff recalled. “I thought somebody was pranking us.”

The UAE gift came in two parts: $500,000 upfront and another $500,000 as a matching grant. If the school system could raise an additional $500,000, it would have a total of $1.5 million, bringing it very close to the price tag for 2,200 laptops, the attendant software and other equipment required to manage the project.

In the end, Huff’s staff did not have to pound the streets for money to meet the UAE’s challenge. Checks started arriving at his office, from companies and organizations with no connection to Joplin, sparked by news of the UAE matching grant.

The decision to accept the UAE money prompted an angry response from a few residents, and it sparked rants from some conservative radio commentators — one of them, Debbie Schlussel, accused the school system of taking “Islamic blood money” — but Huff stood firm. “I can live with the hate mail,” he said. “It’s the right thing for the kids.”

The laptops have transformed high school. Instead of sitting in rows of front-facing desks, listening to teachers present lessons, students spend their classes clustered together in groups, usually of five or six, their eyes fixed on the screens of their white laptops. Much of their instruction comes from viewing videos and interactive presentations copied from the Internet and stored on the school’s data server.

On a recent morning in an 11th-grade social studies class, the day’s lesson — about World War II — involved students watching a lecture that a high school teacher from another state had recorded and posted to YouTube. The teacher, Amber Travis, who lost six years of lesson plans in the tornado, said she learned about the YouTube video after posting a query to other teachers on Twitter.

In hallway conversations, students said they are happy to have the computers, but many of them did not know who provided the money to buy them. Unlike donations to other nations from the U.S. Agency for International Development, which often are emblazoned with stickers, there is nothing on the laptops that mentions the UAE.

But city leaders know. So do state officials and Missouri’s congressional delegation. Sen. Roy Blunt (R), who had opposed the Dubai firm’s ports deal in 2006, joined Otaiba on a trip to Joplin last May and expressed appreciation for the UAE’s financial contributions.

Huff said he sees no shame in accepting foreign aid to help his students. “Part of being a good neighbor is not just knowing how to give, but also how to receive,” he said. “It would be great if we had the money to pay for the laptops ourselves. But we didn’t. Sometimes you have to be willing to put pride in your pocket and accept gifts.”

Photo: Yousef al Otaiba, the United Arab Emirates’ ambassador to the United States, said his nation didn’t want simply to rebuild what was destroyed by the tornado. “We asked ourselves, ‘What can we bring to Joplin that probably won’t be forthcoming from anywhere else?’ ” Otaiba said. “We wanted to bring them something they didn’t have before.”