No end in sight for the Syrian humanitarian crisis 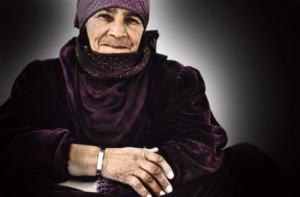 Damascus: A city once filled with people and the buzz of daily life, is now eerily empty as the grave humanitarian consequences continue to mount on a daily basis.

The brutal reality of the civil war in Syria continues to affect not only those trapped in the conflict but also the thousands of refugees now housed in makeshift camps in Jordan, Lebanon and Turkey. The Arab diaspora and the international community continue to watch in horror as crimes against humanity unfold every day.

According to the UNHCR, up to three million people have been displaced since the conflict began in Syria with a sharp increase in 2013 as former safe havens become affected by military operations.

The most vulnerable groups currently facing gender-based violence are women, the elderly and children.

According to the International Rescue Committee, rape is not only pervasive, but it is also a driving factor behind the rapidly growing numbers of Syrian refugees, both within and outside of the country.

Activist Rafif Jouejati, spokesperson for the Local Coordinating Committees in Syria, explains. “Various groups, particularly Women Under Siege and the International Rescue Committee, have collected anecdotal and other evidence of several hundred cases of rape, gang rape, and sexualised torture….there is even rapes taking place with objects including the use of mice and rats.”

Jouejati also believes that deep roots of unequal gender norms and a long history of abusing women is also the reason behind the massive numbers of gender based violence — arguing that half of the women of Syria face some type of violence regularly, and that 7 out of 10 women are verbally abused often.

“Cases of rape and sexualised torture go under-reported in Syria due to the social stigma associated with rape. In addition to that, many women refuse to speak out for fear of retribution.”

In Jordan’s Zaatari camp, makeshift clinics staffed with medical experts from the Gulf are some of the only places that offer hope to the victims. According to UNHCR Liaison Officer in Jordan, Ali Bibi, gender-based violence is on the increase with many cases being reported in the camps on a daily basis.

“We have volunteers and international organisations here in the camp trying to set up psychosocial and medical treatment facilities for victims….the victims must not be the ones punished.”

Experts say that the unending “dishonour” and manipulation of Syrians through sexualised violence is committed by all sides and is creating an entire nation of traumatised people robbed of their dignity and their humanity.

“We are working hard to ensure that women have 50 per cent representation across the political, economic, and social spectrum. Women inside Syria and abroad are coordinating efforts to publish a charter that reflects our demands, capabilities, and intent to be full participants in the current and post-Al Assad phases in Syria’s transformation. This includes forming political parties, running for public office, assuming leadership roles in science & technology, business, and any other areas,” Jouejati says.

The outlook for food insecurity is grim. The crisis has forced people to leave their homes and livelihoods and negatively impacted on employment, crops and livestock. The preliminary findings of a joint UN-Government food security assessment suggest that the number of food insecure is now approaching three million.

Health services have been severely affected by the violence. There are increasing reports of hospitals in areas of conflict being closed, damaged, surrounded and sometimes occupied by security forces, and/or lacking necessary medical supplies. Fear of detention reportedly leaves some people reluctant to seek assistance and ambulances have repeatedly come under fire while recovering the injured.

Escalating violence in Damascus caused a spike in the number of refugees arriving in Lebanon in late 2012, with some thousands of Syrians estimated to have crossed the border.

UNHCR is expanding its operation to provide mattresses, blankets, kitchen items and other vital supplies to 175,000 displaced people. The agency has prepared a new warehouse in Damascus and will also benefit from a new distribution centre being completed by SARC in An Nabk, Rural Damascus.

During the reporting period, UNFPA delivered reproductive health supplies to 10 hospitals and 28 clinics serving at least 115,000 people in Deir Ez Zor and Al Raqqa. In collaboration with its local partner, the Syria Family Planning Association (SFPA), UNFPA is expanding its network of mobile teams to provide reproductive health care and emergency obstetric care in some of the most affected governorates, including Idlib, Deir Ez Zor, Aleppo, and Al Hasakah.

Photo: This old woman has nowhere to go and has no family. Her husband was killed in front of her and her home burnt to the ground by an unknown militia.