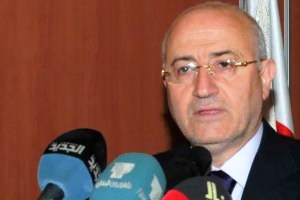 Lebanese Public Works and Transportation Minister Ghazi Aridi, a key member of the Progressive Socialist party (PSP) told the Turkish Anadolu News Agency on Tuesday that the PSP ministers will not resign from the current cabinet if the the so called Orthodox gathering electoral draft law is adopted.

“We have not and we will not deal with issues in this way. It is our right to object within the constitutional institutions, but we will not revert to resignation in order to express our opinion.”

The minister added that his party “will agree to adoption of any law as long as it is in accordance with the Taif Accord since we are committed to the constitution which calls for canceling political sectarianism.”

Commenting on the initiative of PSP leader MP Wald Jumblatt he said:

“The initiative needs time, and after the PSP finishes visiting all parties, an evaluation will take place to find common denominators that the Lebanese parties agree to.”

The escalation in political tension in Lebanon prompted Jumblatt , who considers himself a centrist , to launch an initiative that calls on Lebanon’s political factions to engage in dialogue to resolve their differences, and for recognizing and supporting the state’s institutions as the sole legitimate authorities.

Lebanon is set to elect new parliamentary representatives in 2013, but the country’s political circles are divided over the electoral law issue and the number of electoral districts.

Lebanon’s four major Christian parties, including the opposition Lebanese Forces and Phalange parties, endorsed the Orthodox Gathering’s draft law that calls for each religious sect to elect its own candidates.