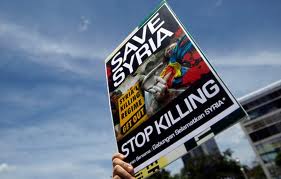 The toll is far higher than the figure of 45,000 given by activists opposed to the regime of President Bashar Assad.

The U.N.’s human rights office in Geneva says experts compared death reports from seven different sources including the government and came up with a list of 59,648 individuals killed between the start of the uprising on March 15, 2011, and Nov. 30, 2012.

In each case, the victim’s first and last name, the date and the location of their death were known.

U.N. human rights chief Navi Pillay said in a statement Wednesday that because the fighting continues “we can assume that more than 60,000 people have been killed by the beginning of 2013.”