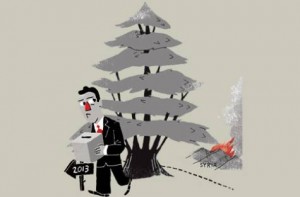 Western sources told “Al-Nahar” newspaper that 4 dangerouss issues will face Lebanon in the coming year. They identified them as follows:

1 – The launching of the Special Tribunal for Lebanon trial against those accused of assassinating former Prime Minister Rafik Hariri could result in the summoning of nearly 500 witnesses to the court.

3 – The tension between March 8 and March 14 could result in the possibility of not holding parliamentary elections and a government vacuum.

4 – The Iran’s nuclear file could have serious implications for Lebanon and specially the possibility of a military confrontation between Israel and Hezbollah next spring or early summer.