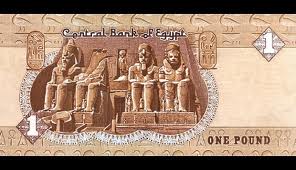 The Egyptian pound hit a record low on Sunday after the central bank imposed a new currency regime to try and stem a deepening economic crisis that presents a further challenge for President Mohamed Mursi.

The currency adjustment, announced on Saturday, includes regular foreign currency auctions and appeared to signal an orderly devaluation to protect foreign reserves, according to bankers, after the central bank spent more than $20 billion over the past two years to defend the pound.

It came after political turmoil in recent weeks over a new constitution had sent worried Egyptians scrambling to sell local currency. The central bank said on Saturday that foreign reserves were now at a critical level and could barely cover three months of imports.

The currency crisis underlines the scale of the economic challenge facing President Mursi, who has been grappling with the fall-out of a political crisis ignited by his move to drive through a constitution written by his Islamist allies.

Prime Minister Hisham Kandil said on Sunday that the economy was in “a very difficult and fragile” situation, adding that he expected talks with the International Monetary Fund on a $4.8 billion loan to resume in January.

Egypt won preliminary approval in November from the IMF for the loan, but delayed seeking final approval until January after it suspended implementation of a series of tax increases to allow more time to explain a heavily criticized package of economic austerity measures to the public.

Violent street protests and political wrangling over the last month over Mursi’s new constitution raised fears the pound could fall further or the government could impose more capital controls and foreign reserves fell by $448 million in November to $15 billion, barely three months of import cover.

Prior to Sunday’s launch of the new currency regime, the central bank had let the pound weaken by only 6 percent against the dollar since the uprising against Hosni Mubarak in early 2011 chased away tourists and foreign investors, two of the main sources of demand for Egypt’s currency.

At the maiden auction of the new regime on Sunday, the central bank sold virtually all of the $75 million it had offered, with the highest price of pounds at 6.2425 to the dollar, down from 6.185 earlier in the day.

The pound subsequently weakened on the interbank market to about 6.30, a fall of 1.8 percent from the morning, smashing through a previous low in October 2004.

The auction system means the price of the Egyptian pound will begin to reflect supply and demand more closely, bankers said. The central bank is expected to hold the auctions daily.

“The arms of central bank that used to be there will not make (the) market anymore, so it is for first time a real free market,” said one banker who works in a treasury room.

In a note, Pharos Research forecast a forecast a free float with the pound weakening to 6.50 to the U.S. dollar from about 6.185 now.

Kandil announced a national economic initiative at a news conference on Sunday, which he described as an effort to build consensus around the government’s economic programme.

Egypt’s economy grew by only 2.2 percent in the year to June. That was up from 1.8 percent in the 2010/11 fiscal year but well below growth rates of 5 to 7 percent seen before the uprising and not enough to absorb hundreds of thousands of new entrants to the labor force each year.

“We hope that there will not be any fundamental changes in our plan with the IMF because we will summon them in January so we resume discussions to go forward in the matter of the loan,” Kandil said.

Mursi hoped that the passage of a new constitution into law last week would stabilize Egypt’s politics, giving him space to implement economic reforms.

The constitution remains the focus of controversy, and the opposition is likely to seize upon austerity measures demanded under an IMF deal as a stick to beat the Muslim Brotherhood ahead of a parliamentary vote expected in early 2013.

Two-fifths of Egypt’s 84 million population live around the poverty line and depend on subsidies that are straining the treasury.

“The problem in fact is not economic as much as it is political,” said liberal politician Osama Al-Ghazali Harb. He said the economic crisis heightened the need for political consensus.

Analysts said it was not yet clear if the new currency regime would stem the run on the pound and how much of its foreign reserves the central bank was prepared to spend to continue defending it.

Simon Kitchen, a strategist for EFG Hermes, said the pound was likely to continue weakening over the next few weeks.

“But it depends on the scale of the daily moves, how much progress we have on the IMF loan and how big the daily auctions are. It may be that this is the biggest auction we’ll see for a while.”

“Interest rates are still very high on local currency deposits, so there is still an incentive to stay in Egyptian pounds.” The effective yield on 91-day Egyptian pound treasury bills auctioned on Sunday was 10.4 percent.

Egypt’s stock market held up well on Sunday despite the weak currency as foreign investors continued to buy shares – a sign that a devaluation of Egypt’s pound might not be a disaster for financial markets.

As part of the currency adjustment the central bank also imposed a series of measures to dampen demand for foreign currencies, at least in the short term. They included limiting corporate clients from withdrawing more than $30,000 in cash per day and charging individuals who buy foreign currencies a 1-2 percent administrative fee, bankers said.

Egyptian banks will also not be able to hold long positions in U.S. dollars of more than 1 percent of their capital, down from a previous 10 percent, the bankers added.

The interbank market will continue to operate alongside the auction system, with banks allowed to quote slightly wider spreads.