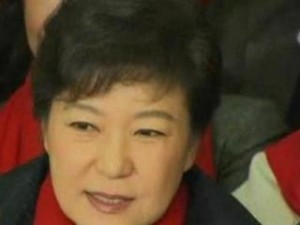 As leader of Asia’s fourth-largest economy, Ms Park, 60, will face numerous challenges, handling a belligerent North Korea , a slowing economy and soaring welfare costs in one of the world’s most rapidly ageing societies.

The National Election Commission said that Ms Park, from the ruling New Frontier Party, had secured the necessary votes to beat liberal rival Moon Jae-In of the main opposition party, according to Yonhap news agency.

With more than 99.3 per cent of the vote counted, Ms Park had secured 51.6 percent against Mr Moon’s 48 per cent, the report said.

The election was largely fought on domestic economic issues, with both candidates offering similar policies as they went in search of centrist voters beyond their traditional bases.

Park had pushed a message of “economic democratisation” – a campaign buzzword about reducing the social disparities thrown up by rapid economic development – and promised to create new jobs and increase welfare spending.

However, she had been far more cautious than Mr Moon about the need to rein in the power of the giant family-run conglomerates, or “chaebol”, that dominate the national economy.

“This election was a victory for all of you, the people,” Ms Park told cheering, flag-waving supporters at an open-air victory celebration in central Seoul.

“It is a victory from the heart of the people hoping to revive the economy,” she added.

On North Korea, Park has promised a dual policy of greater engagement and “robust deterrence”, and held out the prospect of a summit with the North’s young leader Kim Jong-Un, who came to power a year ago.

She also signalled a willingness to resume the humanitarian aid to Pyongyang suspended by current President Lee Myung-Bak.

But analysts say she will be restricted by hawkish forces in her ruling party as well as an international community intent on punishing North Korea for its long-range rocket launch last week.

To some extent Wednesday’s election was seen as a referendum on the legacy of Park’s father, Park Chung-Hee.

More than three decades after he was assassinated, Ms Park remains one of modern Korea’s most polarising figures — admired for dragging the country out of poverty and reviled for his ruthless suppression of dissent during 18 years of military rule.

He was shot dead by his spy chief in 1979. Ms Park’s mother had been killed five years earlier by a pro-North Korea gunman aiming for her father.

In an effort at reconciliation, Ms Park had publicly acknowledged the excesses of her father’s regime during her campaign and apologised to the families of its victims.

“I believe that it is an unchanging value of democracy that ends cannot justify the means in politics,” she said.

Despite freezing temperatures that hovered around minus 10 degrees Celsius, the election was marked by a high turnout of nearly 76 per cent, compared with 63 per cent in the 2007 presidential poll.

It was a bitter defeat for Mr Moon, 59, the son of North Korean refugees and a former human rights lawyer who was once jailed for protesting against Park Chung-Hee’s rule.

“I feel so sorry and guilty that I have failed to accomplish my historic mission to open a new era of politics,” Mr Moon told his downcast supporters.

“I congratulate Park Geun-Hye and humbly accept the outcome of the election,” he added.

Ms Park has never married and has no children – a fact that makes her popular with voters tired of corruption scandals surrounding their first families.

A female president will be a huge change for a country that the World Economic Forum recently ranked 108th out of 135 countries in terms of gender equality – one place below the United Arab Emirates and just above Kuwait.

“I can’t even describe how happy I am right now. I feel like crying,” said Cha In-Hong, a 57-year-old office worker.

“Park Geun-Hye has married our nation. Now she will go on her honeymoon to the Blue House to begin governing,” Cha said.

Park’s presidential inauguration will be held on February 25.