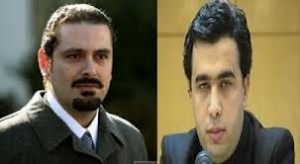 This development comes after the Baath Party in Lebanon accused Hariri of fueling the tensions and killings in Syria, and held him responsible for bloodshed in the crisis-hit neighboring country.

MP Sakr was also accused of supplying arms to Free Syrian army, which he denied