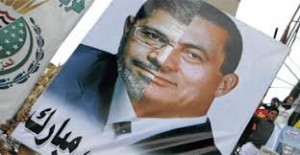 Egyptian President Mohamed Morsy is pushing forward with talks Saturday in an attempt to end a political crisis that threatens Egypt’s stability despite calls by the opposition to boycott the meeting.

Morsy’s call for talks are an attempt to end a political divide that has spilled into the streets, pitting the president’s supporters and opponents against one another, and raising questions about his ability to lead the fragile democracy.

Egyptian authorities said at least six people were killed in violent clashes in recent days, while the Muslim Brotherhood — the group that backs Morsy — has said eight of its members have been killed.

The crisis erupted in late November when Morsy issued an edict allowing himself to run the country unchecked until a new constitution is drafted, a move that sat uncomfortably with many Egyptians who said it reminded them of ousted dictator Hosni Mubarak’s rule.

Morsy said the powers are necessary and temporary until a new constitution is adopted. But that promise has done little to quiet the opposition.

Anger at Morsy’s move led to protesters reoccupying Tahrir Square, the scene of the Arab Spring uprising that saw Mubarak ousted in 2011. Thousands later protested outside the presidential palace, where the opposition clashed with the Muslim Brotherhood.

The anger only grew when the Islamist-dominated Constitutional Assembly pushed through a draft despite the objections of the secular opposition, including some members who walked out in protest. Morsy said a constitutional referendum will be held on December 15. Following the announcement, tens of thousands of protesters — for and against Morsy — took to the streets.

Egypt’s military leaders, who took control of the country after Mubarak’s ouster, were keeping a wary eye on the developments, according to a statement released by the Egyptian armed forces and read on state-media.

“The armed forces are watching with sadness and worries the current developments in the country, with its consequences and how it led to divisions,” the statement said, according to state media.

“…We stress that dialogue is the ideal and only solution to reach an agreement that realizes the interests of the nation and its citizens. Anything other than that will lead us into a dark tunnel with catastrophic consequences, which we will never allow to happen.”

All three are well-known internationally; ElBaradei being a Nobel Peace Prize laureate. Moussa a onetime head of the Arab League, and Sabahy is an Egyptian political figure. They are now being probed for their role in the opposition against Morsy.

ElBaradei said on Twitter: “I call upon all the national forces and figures not to participate in a dialogue that lacks all the basics of a truthful discourse. We support a dialogue that is not based on the policy of arm-twisting and forcing the status quo.”

During an interview with Al-Arabiya, an Arabic news network, ElBaradei called on Morsy to postpone the referendum vote and to “rescind the constitutional declaration.” He added that “only then will the opposition engage in dialogue.”

Those taking part in the protests around the North African nation say the scenes are similar to those of the 2011 uprising that led to Mubarak’s ouster. This time, they say, dissent is being vigorously stamped out by Morsy’s backers in government and on the street.

Specifically, they spoke of thugs with knives and rocks chasing activists, presidential backers belittling opponents and pressure from various quarters to go home and be quiet.