Hashish and Heroin Financed and Fueled the Lebanese Civil War 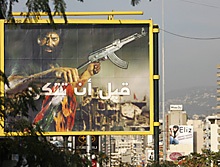 This is the 5th installment of the book: The Lebanese Connection: Corruption, Civil War and the International Drug Traffic by Jonathan Marshall and published as part of the Stanford Studies In Middle Eastern And Islamic Societies And Cultures. The following installment is based on Chapter 5. Since this book has been banned in Lebanon these brief summaries are attempts to make this very important information available to the average Lebanese citizen whose government appears to be continuing the process of shielding the guilty. Sadly, neither the book nor private efforts to publicize it seem to have taken hold in Lebanon. I have no explanation for that.

The main business of Lebanon is the production and export of heroin and hashish. DEA report, 1988

The 1967 Six Day War brought about another wave of Palestinian refugees to Lebanon. Life in the camps was dismal and many of the new arrivals were bitter, militant and radicalized. A third major wave of refugees from Jordan flooded into these overcrowded camps as a result of the Black September crack down on the Palestinians by King Hussein of Jordan in 1970. These three waves of immigration (1948, 1967, and 1970) had created an unbearable atmosphere in the Palestinian camps and heightened the tension between them and their Lebanese hosts to the point of breaking. Mistrust was rampant on both sides.

The tense conditions led to the series of events mentioned in the previous post and the start of the civil war in 1975. The more intensified the fighting, the greater became the need for arms. But arms were not to be had for the asking. Money had to be found and the easiest was the revenue derived from illicit drugs. The warring militias were also the recipients of the largess of a number of foreign countries. This large dependence on drugs is best seen in the cultivated area of land devoted to marijuana and poppies. It is estimated that Lebanon had about 25,000 acres producing over 700 tons of Hashish valued at about $1 billion. The 75 acres in poppies in 1976 grew to over 7500 acres by 1978.

What was especially tragic for Lebanon was the fact that drugs did not only finance the violence and destruction but they even fueled it. Jonathan Randall wrote in the Washington Post: “Christian militiamen with outsize wooden crosses around their necks, high on hashish or cocaine, and wearing surplus Nazi helmets, killed to their hearts content”. This was the Qarantina massacre to which the PLO responded rather immediately by sacking the Christian towns of Damour and Sadiat. The tragic tit for tat , as expected, went on and the next on a long list of troublsome events was the lengthy siege of  Tel Zataar that ended in a massacre.

This heightened the demand for more weapons and for means to pay for them and set up the mad rush for ports both existing and newly built. The Phalangists, the best organized, best trained and best equipped attacked and gained control over Beirut port in addition to that of Jounieh and Kaslik and eventually Halat. Jumblatt built Jiye, Amal had Owzaieh, and Frangieh had the ports in the North. Each of these became a major hub for the export of drugs and the import of weapons, stolen vehicles from Europe and other goods. The Central government was starved.

Obviously the Gemayels were in the driver’s seat; their ports netted them about LL 5 billion between 1975 and 1983. This success was intoxicating. Bashir Gemayel sent a squad of the “boys” under Samir Geagea to teach Tony Frangieh a lesson about who is in control. The Phalangist squad wiped out Tony’s family. This expansion to the North was not enough for Bashir who embarked on a consolidation of the remaining Christian forces by decimating the Chamoun Tigers at Safra Beach Club in 1980. With that under his belt Bashir Gemayel had practically all the ports and their illegal activities under his command. This success had a price, however. The Israelis who had been supplying arms for free demanded payment for future deliveries seeing the area “bursting at the seams with money”. Some estimate that the Hash trade had grown to about $3 billion each year.

Why did the Reagan administration look the other way whenever the Gemayels were caught red handed trafficking and being ruthless. One theory, according to Bob Woodward, is that Bashir was a CIA recruit from 1970 when he was in DC. The US did not only look the other way for Bashir but they have even trained some of his lieutenants such as Elie Hobbeika.

Bashir was elected president on August 23, 1983 but never took office. He was assassinated on September 14 of the same year. The anger over his assassination was parlayed into the gruesome massacres of Sabra and Shatilla by forces led by Elie Hobeika.

The Lebanese learned, the hard way, that they were not immune to drugs. By 1980 about 250,000 Lebanese were regular hashish users. But the crops were large enough that the exports were not affected until 1983-84. That was the time that Lebanon went into a recession since the Israel invasion had disrupted many of the Hashish export routes. Lebanon had become primarily a hashish and heroin producing economy. This recession acted as an incentive to follow the more difficult to intercept heroin and move away from the bulky and less profitable hashish. Heroin Labs became established again and some claim that Rashid Karami was killed because he had favoured giving the Syrian forces more power in the Bekaa valley to intercept the drug trade.

Eventually Amin Gemayel, who had been elected president when his brother was assassinated, had to flee the country. He gave the temporary powers to Michel Aoun who waged a vicious war against the Lebanese Forces and managed to take away their illegal ports and their source of funds. General Aoun won the battle but his megalomania led to a direct confrontation with the Syrian Army and the National Front forces, a confrontation that he lost decisively.

Michel Aoun was forced by the Syrian forces into exile to France when Elias Hrawi was elected as president in 1990  and when he and the Syrian army waged a successful campaign against all militias and their control of all the illegal ports. This development did not eliminate the drug trade but it reduced it significantly and restored to the central government part of its dignity and most importantly sources of income. The agreement arrived at in Taif was partially implemented; militias with the exception of Hezbollah handed over all their heavy weapons and the central government slide into oblivion was reversed, at least temporarily.