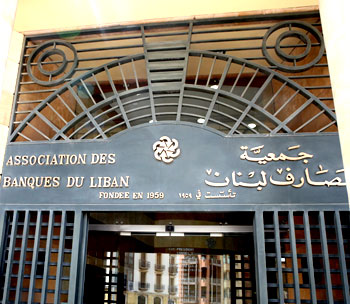 This is the third installment of the brief summary of the book: The Lebanese Connection: Corruption, Civil War and the International Drug Traffic by Jonathan V. Marshall published by Stanford Press. This series is motivated simply by the implicit right of citizens to know. Apparently the Lebanese authorities do not share this view and would much prefer that the citizens live in the dark. Why else would they have banned this book that makes many allegations and presents many academic references that condemn practically the whole Lebanese political class ever since the inception of the country that just celebrated its 69th independence day.

The following account is based on chapters 3 of the book.  This leaves chapters 4-8 for the next 3-4 installments.

As a result of the shuttering down of Intra Bank in Beirut on October 14, 1966 Lebanon had suffered what was described as “the world’s greatest bank catastrophe since the Second World War”. It is no exaggeration to suggest that the effects of that event shook the already weak foundations of the Lebanese experiment and set up the stage for many other catastrophes to come.

Intra Bank was established by Yousef Baydas one of the 100000 Palestinian refugees who came to Lebanon after the 1948 Arab-Israeli war. He arrived in Beirut with only $4000.00 to his name but yet was able to establish Intra bank in 1951. Intra had the backing of President Khoury and PM Yafi in addition to the Deputy speaker Mounir Abou Fadel.  Mr. Baydas was able to steer Intra to become a major banking power in the Middle East whose assets included a majority stake in Middle East Airlines, The Casino Du Liban, the Beirut Harbour and Hotel Phoenicia, a Marseille shipyard, a high rise on Fifth Avenue in NYC, CEMA (a French construction concern) in addition to 56% of all Lebanon’s banking asset among other assets.

The Lebanese Bank Secrecy Laws passed in 1956 and the lack of a Lebanese Central Bank until 1964  helped also in creating an environment that did not feel constrained by rules, regulations or moral inhibitions, an environment of unfettered free markets.  Intra took advantage of the gold trade, Lebanon charged no import duty on the yellow metal, and was helped by the capital flight from Egypt and Syria after Nasser took over and formed the UAR. Intra, through its charismatic leader, Yousef Baydas, was also sure to maintain a strong  relationship with Mr. Francisci, the Corsican underworld lord whom we met in the previous installment. Mr. Francisci owned the gambling concession of the Casino Du Liban, and was friendly with Gaby Lahoud of the Deuxieme Bureau as well as a strong working relationship with the CIA especially their money laundering operations.

It was also concluded by no less than Wilbur Eveland, a US emissary to Lebanon that the CIA had used Intra to bankroll the Chamoun1957 bought election which is a major event that lead to destabilizing the country. Intra also had strong ties to many Gaullist operatives, such as Gilbert Beaujolin and Roger Barberot who had recruited the French Connection heroin courier, Delouette.Mr. Baydas was an equal opportunity employer and believed in diversification so much that he had on the Board of Directors of the bank Kamal Adham, the top Saudi Intelligence officer.

Yet all was not as good as the above suggested. This is, after all, clannish Lebanon. Mr. Baydas’ success was not welcomed by many of the “natives” and especially when the bank turned down requests for unsecured loans from Saeb Salam among others. According to Said Aburish Intra was a “challenge to Maronite hegemony” that was also viewed by the Lebanese Maronite Patriarch, Mouchi, “as a predominantly Moslem organization which was… becoming a threat to Christian domination.”

The ultimate collapse of Intra Bank did not have to happen. The higher interest rates in the US and Europe attracted away many of the deposits from Intra creating a classical liquidity squeeze. All what Intra needed at the time was a $33 million bridge loan but reportedly the Central bank told Mr. Baydas: “You are not Lebanese and Lebanon does not want you controlling its economy” How provincial is that?

Mr. Alamuddin, the CEO of Middle East Airlines and Mr. Aburish concluded that this event was the beginning of the disintegration of Lebanon. Mr. Aburish was the one who was most blunt: “The fall of Baydas served notice that the Maronites were declaring war on the Palestinians…… Above all, the Maronites demonstrated a willingness to destroy the country to maintain their supremacy.”

Intra Bank , according to the IMF and many others did not have to shut down. It could have been easily saved but President Helou refused to do so without providing any convincing rationale for his position. The perception at the time was that the bank was “murdered” and did not fail as a result of incompetence. Mr. Baydas was arrested in Switzerland where he died in custody. The death of Intra Bank, a financial institution that reportedly resorted to many unsavoury short cuts, caused Lebanon to lose “an important basis for moderating Palestinian behaviour….. Institutions like Intra Bank represented an alternative to violence as a way for Palestinians to survive their statetelessness in Lebanon” according to Mr. Winslow Charles Winslow. But unfortunately Lebanon took the unfortunate fork in the road that led to more reliance on drug money and disintegration.