A Lebanese connection in the downfall of former CIA chief 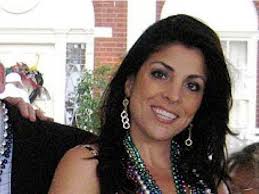 Jill Kelley is a fixture on the Tampa, Florida, military scene, volunteering for community relations work with foreign military officers and their families stationed at MacDill Air Force base.

She is also a friend of David Petraeus, and yet, she appears to have contributed to his stunning downfall and departure as director of the CIA.

It was Kelley’s complaints about harassing emails from the woman with whom Petraeus had an extramarital affair, Paula Broadwell, that prompted an FBI investigation that later exposed the liaison and led to his resignation last week.

People close to Petraeus have said Kelley is a family friend and that there was no romantic relationship. It’s unclear why Broadwell would have sent threatening emails to her, but she may have seen her as a rival for Petraeus’ affections, the same people said, speaking on condition of anonymity.

The scandal has tarnished the reputation of a revered general and raised questions about how the FBI handled the situation and when the White House learned of the affair, which became public after the November 6 presidential election.

It has also brought uncomfortable attention to three women in Petraeus’ life: Kelley, Broadwell and his wife of more than 37 years, Holly, an official with the Consumer Financial Protection Bureau.

Kelley and her husband, Scott Kelley, a Tampa cancer surgeon, became friends with Petraeus when he was stationed at MacDill Air Force Base in Tampa from 2008 until 2010, people familiar with the situation said.

At the time, Petraeus was commander of the U.S. military’s Central Command, which runs operations in the Middle East and South Asia. The two families socialized in Tampa and in Washington, the people said.

Unlike Broadwell, who has been silent and out of public view since the story broke on Friday, Kelley has put out a statement on her family’s friendship with the Petraeuses and asked that her family’s privacy be respected.

A source close to the family said that Kelley is now being advised on how to respond to the Petraeus uproar by one of Washington’s most prominent trial lawyers, Abbe Lowell, a family friend who has represented high-profile criminal defendants like former U.S. Senator John Edwards and disgraced Republican lobbyist Jack Abramoff. Lowell did not respond to requests for comment.

Kelley has also enlisted the help of Judy Smith, a well-known crisis PR manager who is the model for the ultra-effective fixer and spin doctor Olivia Pope in the ABC Thursday night TV drama “Scandal.”

Kelley could not be reached for comment. She was spotted driving away from her Tampa home on Monday in a car with “Honorary Consul” on the license plate. She is considered an unofficial ambassador at the MacDill base, promoting community relations with foreign liaison officers, said a source familiar with the situation.

Kelley is the daughter of Marcelle and John Khawam, now of Washington Crossing, Pennsylvania, but with roots in the Northeast section of Philadelphia, said her brother, David Khawam, a lawyer who practices in Westmont, New Jersey. The Lebanese-born parents owned three restaurants, all called Sahara, when their children were growing up.

Kelley’s vocation has been to be an “honorary ambassador” to the military, her brother said. “She has always wanted to take a certain role, in giving back to the community,” he said.

He said it’s not surprising she would go to the FBI after receiving threatening emails from an unknown source, considering her connections to the military and the fact that she has a wealthy husband and young children.

“I believe my sister probably reported this because of fear that somebody may be serious in any kind of threats they may be making towards her,” he said.

The Wall Street Journal reported that the FBI agent who started the investigation was a friend of Kelley’s. He was later barred from taking part in the case over concerns that he had become personally involved. Officials found that he had sent shirtless pictures to Kelley, the Journal reported.

The agent’s identity has not been disclosed.

Kelley, 37, also has an identical twin sister, Natalie Khawam, with whom she appears with Holly and David Petraeus and her husband in a 2010 photo published in newspapers on Monday.

Court records show Kelley played a role in a bitter child custody trial that preceded the divorce case between Khawam, and Khawam’s then-husband, Grayson Wolfe of Washington, who once worked for the Coalition Provisional Authority in Iraq.

In a scathing decision in November, 2011 against Khawam that granted sole primary and legal custody of their then 3-year-old son to Wolfe, District of Columbia Superior Court Judge Neal Kravitz refused to believe Kelley’s claims that Wolfe had tried to push her sister down a flight of steps in Kelley’s Tampa home.

“The court does not credit this testimony,” Kravitz wrote, calling Kelley “a patently biased and unbelievable witness.”

Neither Wolfe nor Khawam could be reached for comment.

Broadwell, 40, who sources said sent the threatening emails to Kelley, is an Army reserve officer and doctoral student who lives in Charlotte, North Carolina, with her husband and two young children.

FBI agents searched Broadwell’s home on Monday, entering the house carrying boxes and remaining there for almost two hours. There was no sign that Broadwell or members of her family were at the house during the FBI search.

Broadwell met Petraeus in 2006 when she was student at Harvard. The general gave her his card and offered to help with her studies.

In 2010 when Petraeus was named commander in Afghanistan, she decided to turn a dissertation about his leadership into a book, called “All In,” which was published in January. Interviews for the book often took place during runs together, Broadwell said later.

A person who knows Broadwell and Petraeus said she stood out in Afghanistan as an “alpha woman” who was attractive, fit, smart and driven. It was not unusual for Petraeus to mentor younger soldiers and take an interest in scholarly work, said this person.

It is not clear how much Holly Petraeus and Broadwell have interacted. In the book’s acknowledgements, Broadwell gives “special thanks” to Holly, but no interviews are listed with her in the notes.

The book describes how Petraeus and Hollister “Holly” Knowlton, a student at Dickinson College, first met on a blind date in 1973 at a college football game at West Point, where Petraeus was a cadet. Holly’s father, General William Knowlton, was the superintendent at West Point, and Petraeus found the “stature of Holly’s family intoxicating,” the book says.

Holly has been a dedicated military spouse who endured her husband’s extended absences over the past decade, said Peter Mansoor, who was Petraeus’ executive officer in Iraq from 2007 to 2008.

“They’ve been apart more time than they have been together, with him being overseas on five different deployments,” Mansoor said. “She was a stalwart Army trooper through it all.”

At the Senate hearing on confirmation of his appointment at the CIA in June 2011, some senators, including John McCain and Joe Lieberman, paid tribute to Holly, as did Petraeus.

“Holly was recently described as being bright, nice, small and a pit bull, someone you want in your corner,” Petraeus said. “I’ve been blessed to have had her in my corner for some 37 years and 23 moves, and I appreciate the opportunity this afternoon to recognize her publicly.”

Since January 2011, Holly Petraeus has led an office that advocates for military families at the Consumer Financial Protection Bureau.

Jean Ann Fox of the Consumer Federation of America, said Holly Petraeus has traveled all over the country to talk to service members and has a reputation for spending time with families and talking about her own experiences and observations as a military spouse.

“She has shined a light on a lot of problems that impact the military, and hopefully as time goes on, enforcement actions will help take care of some of that,” Fox said.

A Consumer Financial Protection Bureau spokeswoman said Holly Petraeus remains a key leader at the agency and would have no further comment. She posted a Veteran’s Day message on the bureau’s website on Friday, the same day her husband’s resignation became public.

Mansoor, trying to explain David Petraeus’ behavior, said he believes he might have struggled with the social transition from his life in a military “cocoon” to his work at the CIA.

“I think that General Petraeus found himself a little bit isolated socially at the CIA and his manner of reaching out was through the person who made herself the most available to him and that was Paula Broadwell,” Mansoor said.

Holly Petraeus is furious with her husband, said Mansoor. “He’s going to do what he can to repair his relationship,” he said.