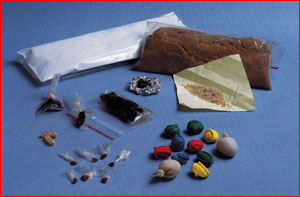 This is a precis of Chapter 2 of the book” The Lebanese Connection: corruption, civil war,and the International drug Traffic” by Jonathan Marshall of Stanford University.  The book is banned in Lebanon . I imagine that one reason for the ban is its indictment of almost every major Lebanese political scion. A summary of chapter one has already been posted under the title Hashish: The petroleum of Lebanon. Chapter II, the following is its summary, makes it clear that Lebanon has been a supplier of opiates almost ever since independence and that all the illicit drug trade took place under the direct knowledge and protection of the most senior of the Lebanese officials. What is very special about the case of drugs in Lebanon is their intimate connection to elected officials. Corruption cannot possibly go any deeper than what this book alleges. I ask again where is the outrage in Lebanon about these revelations? Why is it that no one seems to care that many of  our politicians, over the decades, have been drug pushers. Such a book should generate lots of soul searching. Is Lebanon a state? Does it aspire to become one? Can it do so without investigating these allegations?

Beirut’s geographic location made it a center of trade. Its importance was enhanced when French engineers built a highway connecting Beirut to Damascus and constructed also a RR link in addition to a modern harbor in Beirut. All of these facilities strengthened the relationship between Beirut as a gateway for greater Syria and Marseille in France. The role of Beirut as an administrative center for the French mandate after WWI helped strengthen the relationship between the French underworld and Beirut which acted as a conduit for illicit drugs. This special relationship with France favoured the Maronites of Lebanon to play the role of intermediaries in the drug trade.

When Prohibition ended in the US, American criminal elements flocked to France in search of drugs and spirits. The French labs were dependent on Turkish opium smuggled to France through Lebanon. This, in brief is the French Connection made famous by the Gene Hackman film of 1971. Turkish opium brought to France through Lebanon and delivered to NY through Corsican underworld. The Federal Bureau of Narcotics described this trade in a report by stating that the Corsican and Sicilian underworld “obtained massive quantities of morphine base from Lebanon”. The immensity of the French connection became known when a case connected to Lebanese opium smugglers broke in 1960. The FBN’s commissioner, Anslinger, wrote in a report that “Beirut is probably the greatest single transit port in the international in narcotics …and the illicit narcotics traffic in the US is, in a large measure being supplied by Lebanese narcotic traffickers”. These traffickers were well protected by high level Lebanese political figures that one “might well state that the Lebanese Government is in the narcotics business”.

Farid Chehab, the Surete director, was one of the Lebanese officials that had managed to resist being corrupted by the drug trade. He established strong ties with the FBN and informed them that Lebanon started moving into opiates in 1947in cooperation with the Corsicans and the Italian underworld. He also made it clear that the president of the republic and its PM were protecting the hashish trade and explained that the Customs police, separate from the Surete were on the take from traffickers and many a time they would arrange for sham busts by planting some inferior drugs on ships and then proceed to make “well-publicized seizures”.  This relationship with Mr. Chehab had some positive results, Omar Makkouk and Yousef El Etir , two major opiate traffickers , were busted but the biggest Lebanese drug trafficker, Sami Khoury escaped any arrest through the leaks from Cheab’s office. The head of the Customs police was a 30 year old by the name of Edmond Azizeh whose appointment was under the patronage of Hamid Frangieh. The 30 year old Mr. Azizeh was transformed in no time from an “almost penniless” individual to one who leads the good life of the wealthy, thanks to his narcotics associates. But despite all of this the FBN and Azizeh were able to collaborate occasionally. One such effort resulted in seizing over 400 kilograms of opium and 31 kilos of morphine from the Khoury clan. Sami Khoury, born in Zahle was named by the United Nations in 1957 as one of the leading narcotics kingpin in the world, managed to arrange for his release and that of all his associates. He was that well connected. Mr. Khoury was also connected to two other major opium busts 600 pounds on board the Champollion and another 600 pounds on the St. Helene. It was believed that both were smuggled with the help of Lebanese police and the Commissioner of narcotics, Mounir Alaouie. Sami Khoury was a truly international trafficker. His connections in Corsica, Italy and France besides those in Lebanon were also at the highest level. When he was arrested in a Paris bust he served only 4 months and then returned to Lebanon to a heroes welcome. He had earned his name “the untouchable”. In 1957 the Lebanese authorities, under pressure from the UN staged a raid on a Khoury lab, arrested his top chemist and ultimately the investigation led to the indictment of 62 NY traffickers. Yet again Khoury rise from the ashes to sell morphine base to Dominique Albertini, the French Connection chemist.

Fouad Chehab became the new President in 1958 and became known as a reformist. But apparently the most that his administration was willing to do was to arrest both Khoury and Makkouk for 4 months. This arrest, allegedly nudged Sami Khoury to retire and give the day to day operation to his brothers. It is reported that his retirement ended permanently in 1965 when an uncle of the Jordanian King Hussein ordered a hit on both Sami  Khoury and Mounir Alaouie. But like all such shadowy figures there were rumours that he was spotted in London alive and doing well.

A big role in the Lebanese drug trade of this time was played by the Casino Du Liban that opened its doors in December 17, 1959.  Not many Lebanese were aware that the gambling concession of the Casino was awarded by the Chamoun regime to a Marcel Francisci. A major figure in the Corsican underworld and a very close friend of Sami Khoury. Mr. Francisci was even better connected that Sammy Khoury. He was a major supporter of General DeGaulle and was able to ultimately eliminate Antoine Guerini his only competition in Corsica. The Casino Du Liban became very quickly a major destination to the rich and famous whether Saudi emirs and arm dealers such as Adnan Khashoggi, King Hussein, the Shah, Prince Albert, Aristotle Onassis, Omar Shariff among other notables.

Needles to say, the Casino became a major operation for laundering drug money. Sammy “would drive to Damascus, Syria, to purchase morphine base, then bring it across the border… to Casino du Liban, where they made arrangements, through associates of Marcel Francisci, to transport it to secret labs in and around Marseille”. And the next step was NYC. That completed the chain: Turkey Syria, Lebanon, Marseille, and New York. The French Connection was dependent on the Lebanese link.