US executives in Egypt to help restore Egyptian economy 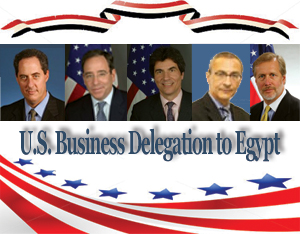 The largest ever U.S. trade delegation to the Arab world, visiting Egypt this weekend, is sounding out the new Islamist-led government over plans for reforming the ailing economy and seeking assurance that Egypt will be open for business under its rule.

The delegation of more than 100 U.S. executives is part of a push by Washington aimed at helping restore the Egyptian economy — while ensuring its influence with the new, freely elected leadership after the fall of longtime U.S. ally President Hosni Mubarak.

The United States is also working out details on $1 billion in debt relief for Egypt that U.S. officials say they hope will make money available for job creation and investment funds.

Egypt’s new president, Mohammed Morsi of the Muslim Brotherhood, and his government are putting together a program for reforms to salvage the economy and set a long-term path they say will increase investment and jobs and ease the state’s burgeoning budget deficits.

Critics, however, worry that possible cuts in subsidies will hurt the large impoverished swath of the population that relies on them and that the plan could bring skewed liberalizations that will increase the gap between rich and poor, as occurred under Mubarak.

The economy has been spiraling down since last year’s anti-Mubarak uprising, as foreign investment dried up and tourism — one of the country’s main money-makers — dropped. Egypt is also seeking a $4.8 billion loan from the International Monetary Fund as a rescue package and as an international stamp of approval to draw in investors.

“A stable Egypt is in everyone’s best interest,” said Deputy Secretary of State Thomas Nides, who is among a number of U.S. officials joining the delegation, which arrives Saturday.

“The purpose of our trip is to send a strong message to the Egyptian people that we understand that success relies on the private sector to grow jobs for men and women in Egypt and raise income levels,” he told The Associated Press in a telephone interview from Washington before heading to Cairo.

U.S. Regional Commerce Counselor Ann Bacher said the mission of the delegation is to hear “straight out declarations” from the Brotherhood-led government that there is clear support for investment and trade. 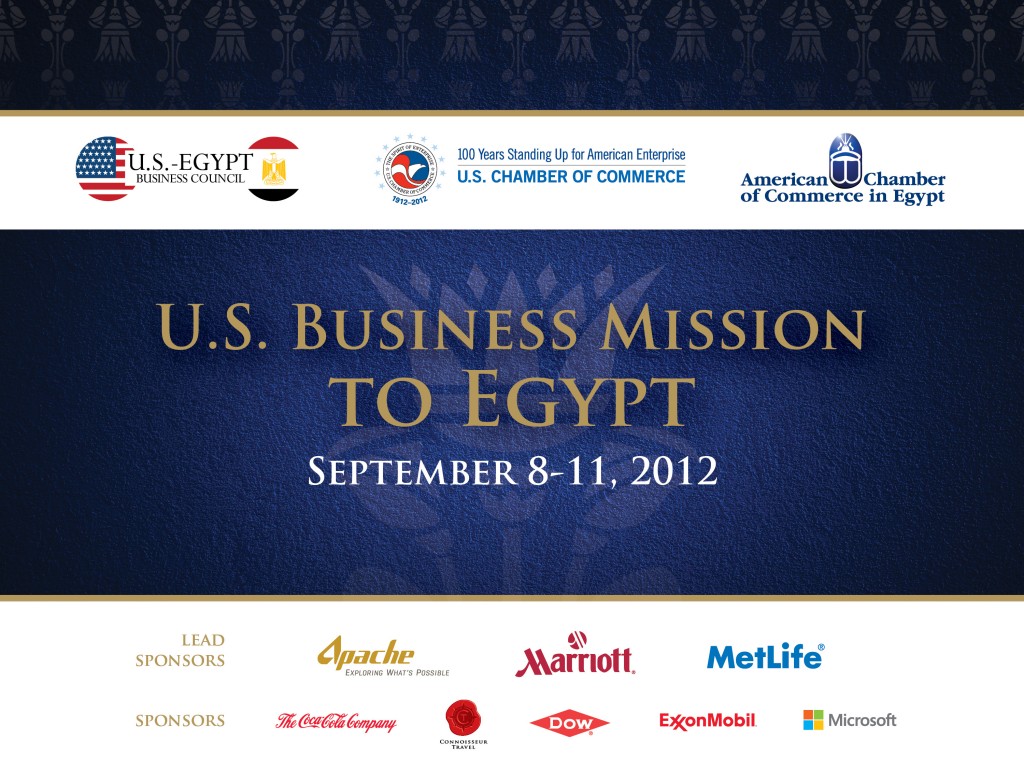 “It’s about greater opportunity for people to participate,” he told reporters in a Friday conference call.

Mubarak’s governments carried out a liberalization program that involved the selling off of state-run industries, but the process was plagued with corruption and much of the benefit went to a relatively small elite loyal to his regime.

The executives in the delegation come from a range of major U.S. corporations, including Caterpillar, Cummins, ExxonMobil, General Electric, Hewlett Packard, IBM, Lockheed Martin, PepsiCo and Visa. They will meet with with Egypt’s new prime minister and more than a dozen ministers, including the tourism minister early next week. The executives will also meet with local businessmen, including members of the Egyptian Business Development Association that was started this year by the Brotherhood’s economic adviser Hassan Malek.

Nides said the team is “not coming there to dictate with them how to run their economy” but to encourage more openness, better wealth distribution and help with stabilization.

U.S. officials say they are negotiating with Egypt over the debt relief package and how the money will be used. Washington has pledged relief for up to $1 billion of the $3.2 billion Egypt owes the U.S. Congress must approve the package, but Nides said there was bipartisan support.

U.S. administration officials say Morsi’s government has already given reassuring signs. The Brotherhood has always taken a strong private-sector philosophy, and many of its top figures and financiers are businessmen.

One worry some inside and outside Egypt have is that the Brotherhood, which advocates a greater role for religion in public life, will implement an Islamist program that could dampen investment, particularly in tourism.

“There is huge apprehension about what it means to have an Islamist government,” said the CEO of the American Chamber of Commerce in Egypt, Hisham Fahmy.

He said Egyptian and U.S. executives are going to press Egyptian officials in their meetings to make the country “business friendly” by reducing bureaucratic red tape, enhancing transparency so people understand tax and custom laws better and, for example, enacting a bankruptcy law that allows people to take risks.

Regarding any fears the United States has toward the Brotherhood and the new Egypt that has emerged after the uprising, Nides said that in the end “actions will speak for themselves.”