BEIRUT, Lebanon – Syria’s rebels on Tuesday claimed that they had seized from the regime’s arsenal 10 missiles in the eastern belt of Damascus province, amid a marked escalation of violence in the area.

Activists say are operating under the name of the Gathering of Ansar Al-Islam (partisans of Islam) Battalions from the eastern Ghuta area of Damascus province.

The amateur video posted on YouTube showed a tank burning in a field, as well as several armed men.

It also showed a warehouse storing missiles which the rebels apparently seized from the hands of the army loyal to President Bashar Assad.

The eastern Ghuta area is home to some of the best organized rebel battalions in Syria, and has seen fierce fighting in recent days.

“The operation was staged by the Gathering of Ansar Al-Islam, which works closely with the Military Council,” according to Ahmed Al-Khatib, spokesman for the rebel Free Syrian Army’s Military Council for Damascus and its province.

“It is one of the largest (rebel) groups in the province, though it operates in other areas of the country too,” Khatib told AFP via Skype, who added that it comprised “several experts in missiles.”

Though it was not immediately possible to verify the type of missiles in question, Khatib quoted the rebels behind the operation as saying they were surface-to-surface missiles, and that four of them were ready for launching at the time of their seizure. 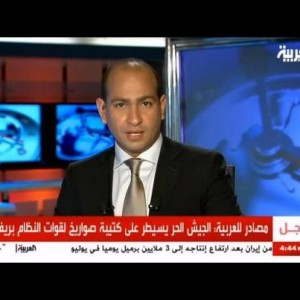 After a dramatic escalation of violence in the southwest of Damascus last week, which culminated in what the opposition described as a “massacre” of more than 300 people in Daraya during the weekend, the army shifted its focus to the east of the capital, aiming to destroy rebel supply lines into the capital.

On Monday, Syria’s rebels claimed the downing of an army helicopter in the east Damascus district of Qaboon.