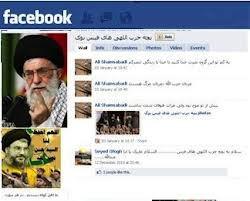 Facebook has removed Hezbollah sites from its pages because they incite to violence, a company spokesman said.

“Under our Statement of Rights and Responsibilities we do not allow content that “incites violence,” spokesman Frederic Wolens told the Lebanese newspaper The Daily Star. “To help keep our site safe, we use the State Department List of Foreign Terror Organizations to help make determinations which groups may be involved in the promotion of violence. Due to Hezbollah’s appearance on the list, they have been removed from the site,” he said.

The sites taken off the social network include the official page for Hezbollah’s al-Manar television as well as a Hezbollah community page, the paper said.

The U.S. State Department considers Hezbollah a terrorist organization and added the al-Manar television site to the Terrorist Exclusion List in 2004.