Syrian VP Farouq al Sharaa  has defected from the Syrian regime about three days ago and is now in Jordan , informed sources of the Syrian opposition told the Lebanese Al Mustaqbal newspaper on Saturday.

According to the sources Sharaa went first to Daraa and this explains the heavy shelling by the Syrian forces  of this town which is the flash point of the revolution. From Daraa he was smuggled to Jordan on Friday with the help of the Free Syrian army .

If confirmed this was the same route that   former prime minister, Riad Hijab took when he defected to the opposition  earlier  month 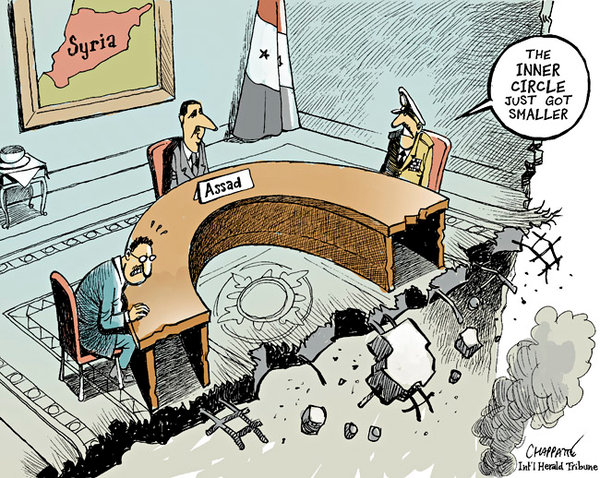