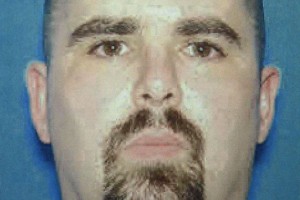 Wade Michael Page, the gunman believed to be responsible for killing a half-dozen people at a Sikh temple outside Milwaukee on Sunday, died after shooting himself in the head, officials said at a Wednesday briefing.

She said a police officer responding to reports of a shooting at the temple in Oak Creek, Wis., shot Page in the stomach, “neutralizing the subject.” Page then shot himself in the head and died, she said.

Steven Conley, the Milwaukee FBI’s assistant special agent in charge for national security, said of the shot by the officer: “It was a long shot. It was a very good, precise shot. Some very good training by this officer.”

Officers approaching the shooting scene had initially received reports of one to four shooters with about 40 hostages barricaded inside, he said.

Also Wednesday, the Milwaukee County medical examiner’s office released autopsy reports of the shooting victims — but not Page’s report — to the Los Angeles Times. It noted that the Milwaukee Police Department had “placed a non-disclosure on the report” and that Page’s family “has made arrangements for the final disposition of Page’s remains.”

According to investigators’ reports, Page did not appear to target people as he made his way through the temple, nor did he speak as he was shooting, Conley said.

Carlson said investigators believe that Page, 40, drove himself to the temple that day.

The FBI interviewed Page’s former girlfriend, Misty Cook, at her South Milwaukee home Sunday, and “she was cooperative,” Carlson said. Agents spotted a firearm at the home and arrested Cook on suspicion of being a felon in possession of a firearm.

Cook was later released and prosecutors have yet to file charges against her, officials said Wednesday. Officials declined to say Wednesday what type of gun was recovered, who had purchased it or where it was bought.

Cook, 31, a waitress and nursing student, had been convicted in 2005 of fleeing a traffic officer in Milwaukee County, sentenced to 18 months’ probation and served 97 days in jail, according to Milwaukee County sheriff’s records.

Carlson emphasized that Cook was not a suspect and that “the cause of this arrest was not related to the shootings in Oak Creek.”

Although Page likely moved to Milwaukee because of Cook, officials said, the couple had broken up last spring and he had moved out of their shared apartment.

Page was fired in August 2010 from his job of four years as a truck driver for Granger, Iowa-based Barr-Nunn Transportation Inc. after he was cited for impaired driving, the company said in a statement to The Times. He had refused to submit to a breathalyzer test when police stopped him during a trip in his own car in North Carolina, the statement said.

James Santelle, U.S. attorney for the eastern district of Wisconsin, stressed that prosecutors have yet to decide whether they will file charges against Cook.

“We do not believe that she had anything to do with this at all,” Carlson said.

On Wednesday, Cook emailed a statement to The Times expressing her sorrow and admiration for the victims’ families and the Sikh community.

“A time of healing is needed for all affected by this tragedy, and I hope that people will look to supporting the victims and their families,” she wrote.