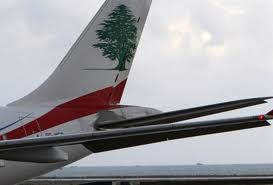 Officials at the only Lebanese international airport said they were making the necessary contacts with the Electricité du Liban (EDL) company to restore the power supply.

Lebanon continues to suffer from the worst ever daily power blackouts.