Lebanon has always been referred to as the Switzerland of the east , but this time the reference takes a new dimension.

Speaker Nabih Berri revealed to al Akhbar newspaper in remarks published on Thursday that the president of an unnamed European country has advised Lebanese political parties from across the political spectrum not to object to the division of Lebanon into a Switzerland-like federation.

“Lebanon is heading to a Swiss federation and all the political parties should be wise and not to object such a plan because refusing it would shake Lebanon’s stability,” the speaker quoted the unnamed European official as telling a Lebanese party.

Berri also confirmed to al Akhbar the reports about a plot to assassinate him.

“Someone wants to throw a burning matchstick on a flammable ground,” he said. 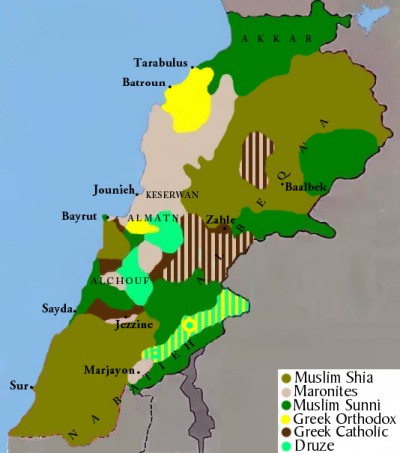 Meanwhile, An Nahar daily quoted sources close to Bberri as saying that the speaker regrets the divisions among the parliamentary majority.

“This majority no longer exists,” it is made up of “cantons,” they quoted him as saying.

“What has it done so far and why all the procrastination?” Berri was quoted as saying.

Lebanon is sharply divided between the Iranian and Syrian-backed Hezbollah-led March 8 majority coalition and the Arab and western backed March 14 opposition alliance. The uprising in Syria has escalated the political tension and there is serious international concern that Syria’s chaos will eventually spill across the border.

Hezbollah chief Sayyed Hassan Nasrallah in his speech yesterday highlighted the divisions among the Lebanese and weakness of the state.

He stressed that the resistance group could not fall under the command of the Army as the state lacked the ability to resolve even the most basic of challenges.

“Do we want to place the arms under the command of the state? … The same state that cannot resolve the smallest of issues?” Nasrallah asked

The March 14 opposition has been calling for disarming Hezbollah and handing over its arms to the Lebanese army to strengthen the state.