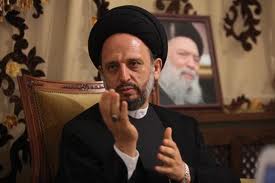 During Friday’s Muslim sermon Shiite cleric Sayyed Ali Fadlallah called on the Lebanese to welcome “peaceful refugees” in their homes, and protect them from any aggression against them and foil any possible abduction attempts.

“Everyone knows how the Syrian people welcomed the Lebanese migrants during the Zionist war on Lebanon in July 2006, and we should repay their favor, or even [do a] better job,” the son of the late Grand Ayatollah Mohammed Hussein Fadlallah said .