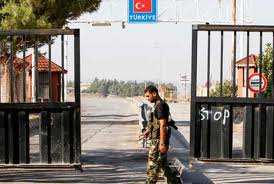 The International Relations Department is downscaling South Africa’s operations in Syria, following concerns over the escalating violence there.

South Africa’s officials have urged some embassy staff to leave the country and seek refuge in neighbouring Lebanon until the security situation in the Arab nation improves.

However, he has confirmed that reports that the SA ambassador to Syria was evacuated are not true. The ambassador was apparently in South Africa on leave, and will return to the strife-torn country today.

Weekend reports said clashes between Syrian soldiers and rebel troops claimed 24 lives across the country, with the clock ticking down on a ‘final’ extension of the United Nations’ observer mission.

The violence erupted a day after the Security Council voted to extend the UN Supervision Mission for Syria.

The plan is aimed at restoring peace in the war-torn nation.

Kgwete says they will monitor the situation before giving staff the green light to return to Syria.

He says the embassy will remain open in the meantime.

“Based on our analysis of the security situation there, our embassy staff will be back.

“We remain committed to the implementation of the Kofi Annan six-point plan, which we believe is the only hope for peace in Syria,” he said.