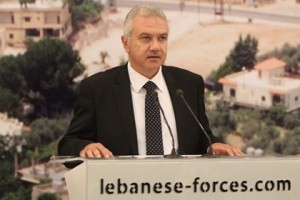 MTV projected Lebanese Forces candidate Dr. Fadi karam as the winner in today’s by-elections. The station also predicted that karam will win anywhere between 1000 to 2000 votes over the nearest competitor.

Voter turnout was estimated to be between 47 percent.