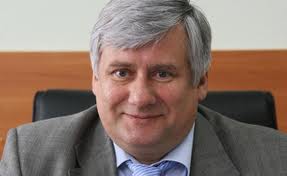 Russia to deliver air defense systems, reconditioned helicopters and fighter jets to Syria this year worth nearly half a billion dollars despite international pressure to halt arms sales to Damascus.

“Russia has obligations towards Syria relating to old contracts — contracts that were signed in 2008 and were later followed by new ones on air defence systems,” the Russian Federal Service for Military Technical Cooperation’s deputy chief Vyacheslav Dzirkaln said.

“They are being fulfilled and they will be fulfilled,” he told Russian news agencies on the sidelines of the Farnborough Airshow near London.

“But we are not signing any new contracts at this stage,” the senior arms export official added in comments echoing ones he had made earlier in the week.

Dzirkaln said Russia’s decision not to sign new contracts with Syria while the fighting continued in no way spelled a shift in policy or a decision by Moscow to comply with a Western arms embargo of Assad’s regime.

“We are delivering weapons and military technology of an exclusively defensive nature. This primarily concerns air defense systems but also some spare parts,” he said.

Dzirkaln said Russia was now thinking up ways of delivering the three helicopters “without any losses to us and without any provocations by the interested parties.”

Russia last month tried sending a cargo ship to Syria with three repaired attack helicopters as well as elements of an air defence system for President Bashar Assad’s regime, but the ship was forced to return to its Arctic base in Russia after the mission was exposed by the US States Department and its British insurer who refused to insure the ship.