Syria begins to break down 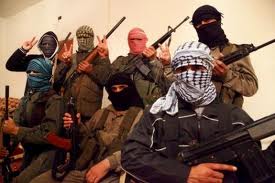 The violence in Syria has gone up markedly in the past two weeks, with massacres in at least two Sunni villages and sharp skirmishes between government forces and the rebel opposition in several cities. The United Nations has had to suspend its monitoring inside the country.

The increase in rebel activity can be ascribed to various sources, but the precise intent of President Bashar al-Assad’s regime in its murderous reprisals is unclear. Most external powers, other than Russia and Iran, want Assad out, but beyond that, there is very little unity at all. Meanwhile, the violence in Syria is spiraling out of control.

In recent months the forces of the Free Syrian Army (FSA) showed little ability to stand up to government troops in the cities of Homs, Idlib and Deraa. Yet last week the rebels demonstrated greater tenacity and probably greater numbers as well. Where did the FSA’s sudden effectiveness come from? Several sources are likely.

First, angered citizens and deserting soldiers have fled into Turkey, where they have trained in basic infantry tactics, either from deserting Syrian commissioned and non-commissioned officers or from North Atlantic Treaty Organization cadres. Second, the recent massacres may have significantly accelerated desertions from the regular army, which after all is largely made up of Sunni conscripts more sympathetic to the opposition than to the Alawite regime.

Third, recent massacres in Houla and Mazraat al-Qubair may have increased popular outrage toward the regime, made the sectarian aspects of the conflict more salient, and encouraged young Sunnis to take up arms. Fourth, proximity to Sunni regions of Iraq may have encouraged Iraqis to take up the Sunni cause inside Syria or to send in weaponry before returning attention to the campaign against the Shi’ite government in Baghdad, which is of course allied to the one in Damascus.

It is unclear that the US is arming the rebels as is often claimed. It is probably more accurate to say the US has no clear policy besides vocal criticism of the regime. US support may be irrelevant, as the rebels have numerous ways of obtaining weapons without US or NATO help. Arms bazaars in Lebanon are nearby, well stocked and, as often as not, Sunni in nature and hostile to their own Hezbollah Shi’ites. Well-established Sunni networks pervade the region: Sunni insurgents in Iraq, the Muslim Brotherhood, and Salafi groups all have clandestine channels for moving personnel and weapons.

Perhaps most important, Saudi Arabia and other Sunni petro-states such as Qatar and the United Arab Emirates have made it their mission to oust Assad and bring Syria, or parts of it, into their anti-Iran camp. Their determination is almost as deep as their pockets. These powers may well be responsible for the introduction of anti-tank weapons that Syrian rebels have been using in recent days against armored vehicles and supply convoys. They bestowed Russian AT-3 Sagger missiles on the Libyan rebels last year to good effect.

The recent tenacity of rebel forces is not enough to guarantee Assad’s ouster. Other scenarios are possible. The regime’s vicious repression could grind down the rebellion just as it did a few weeks ago, with rebel forces taking egregious casualties and unable to persist – at least not in the immediate future. Alternatively, there could be a coup or the appearance of one, with Assad going into exile but his regime holding on. Events in Yemen and Egypt, where power holders have stepped down but left relatives and associates in power, will likely make this scenario unacceptable to Syrian rebels.

A third scenario is the disintegration of the regime and, more significant for world affairs, of Syria’s territorial integrity. The Kurdish northeast could take advantage of the chaos and break away to integrate with the Kurdish region of northern Iraq, which is all but independent of the government in Baghdad.

The Assads may seek to establish a redoubt in the region along the Mediterranean coast where Alawites and other Shi’ites are concentrated. This scenario might find support from Russia, which wants very much to retain its naval base at Tartus, and from Iran, which wants to retain some influence in Syria. The recent massacres in Sunni villages along the Mediterranean littoral may have been the ethnic cleansing that would precede establishing such a redoubt along the coast.

Israel may be interested in the prospect of its most powerful neighbor fragmenting along antagonistic sectarian lines. Formerly, Syria was classified as an enemy, though a thoroughly intimidated one that could be reasonably relied upon to refrain from a major war. Israel had decimated the Syrian air force in a series of air duels in the early 1980s and more recently showed its ability to suppress Syrian air defenses when it destroyed a suspected nuclear facility in 2007. A fragmented Syria with abiding sectarian hostility might more than compensate for deepening security concerns to its west in Egypt.

Russia and Iran have not abandoned their beleaguered ally in Damascus. Neither is likely to intervene militarily, though each will support Assad in diplomacy, armaments or subsidies. At some point, even Moscow and Tehran may recognize Syria as a lost cause and a drain on prestige and money, but they do not seem close to that realization yet.

The interests of other powers coincide in wanting Assad removed, but in nothing else. A year ago, Saudi Arabia parleyed with Assad, seeking to detach him from Iran in exchange for support for his autocracy – a form of government nearer and dearer to Riyadh than what the throngs of the Arab Spring were demanding. When Assad rebuffed them, the Saudis and their Sunni allies looked to replace him with an anti-Iranian but no less authoritarian ruler.

The Sunni autocrats may be content with a protracted struggle inside Syria. Assad’s repression is weakening Iran, whose fate is of greater interest than Syria’s. Iran’s support is strengthening Sunni hostility toward Tehran and diminishing what little prestige it has left in the world. More significant, it is a drain on Iran’s fiscal resources, which are already under considerable duress from sanctions and falling oil prices brought on by Riyadh’s recent increase in output. Let Assad brutalize his people, then: The Sunnis will eventually win out and Iran will be much the poorer for all its efforts.

A Syria fragmented along sectarian lines will not be Riyadh’s first option. Better to suppress the Shi’ites as much as possible rather than accede to a coastal redoubt that could only cause trouble in later years. Nonetheless, a Sunni region in the Syrian center and east could become a formidable barrier to Iranian/Shi’ite influence, especially if conjoined one day with the aggrieved Sunni provinces of western Iraq.

The US and the European Union, on the other hand, want Assad out and a stable democracy in its place, though the disunity in the Syrian exile movement and events in post-Gaddafi Libya have hardly been encouraging in this regard. But looking upon the whirling events in the Middle East over the past year and a half, outside powers should not feel themselves capable of controlling events in Syria.

Brian M Downing is a political/military analyst and author of The Military Revolution and Political Change and The Paths of Glory: War and Social Change in America from the Great War to Vietnam. He can be reached at brianmdowning@gmail.com.