Civil War in Syria would be a disaster for U.S. National Security 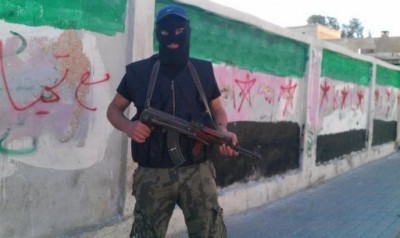 Speaking Thursday before the U.N. General Assembly, just one day after the latest massacre of civilians by government-affiliated forces, Kofi Annan warned that the crisis in Syria was on a disastrous course. “If things do not change, the future is likely to be one of brutal repression, massacres, sectarian violence and even all-out civil war,” he said. “All Syrians will lose.”

Annan, of course, is not the first to evoke the term “civil war” in reference to the crisis in Syria, which has already resulted in more than 10,000 dead and 50,000 missing. The term has become a favorite of opponents of intervention in Syria, who use it to conjure up the image of a human swamp of chaos, destruction and mayhem that is bloodier than what Syria has suffered over the past sixteen months, less tractable to resolution, and violently inhospitable to outsiders. The unspoken assumption is that while such a scenario may be horrible for Syrian civilians, it would not rise to the level of an international crisis — at least not one that would have much impact on the United States.

If Syria descends into the chaos of all-out civil war, it’s not only Syrians who will lose out … it is very clear American interests are also at stake

But if commentators have mostly been justified in raising the specter of civil war, they have mostly been wrong in assessing its consequences. If Syria descends into the chaos of all-out civil war, it’s not only Syrians who will lose out, as Annan suggests. Very clear American interests are also at stake.

Consider the many plausible scenarios that could yet transpire. They include:

None of this is fantasy. The threat of loose chemical and biological weapons tops the agenda of American and Israeli military planners. In late May, the PKK took responsibility for a suicide bombing attack by a cell that crossed the Syrian border and killed a Turkish policeman and wounded 18 others. A senior Jordanian intelligence official alerted me recently to his abiding fear of Assad using Palestinian refugees as political pawns. Already two Lebanese have been killed and many wounded by Syrian troops shooting across the border or hunting down escaping refugees on Lebanese territory. And although only a few hundred al-Qaeda-type militants have joined the Syrian opposition movement so far, the jihadization of the Syrian uprising has been on everyone’s mind for more than a year.

With the passage of time, each of these scenarios — and others — have become more likely, and the occurrence of any makes more likely the occurrence of others. To make matters worse, the current U.S. strategy — incremental tightening of sanctions, provision of non-lethal goods to the unarmed opposition, ad hoc supply of weaponry by cut-outs to certain armed rebel units, no direct involvement by outside armed forces either in protecting Syrian civilians or degrading Syrian regime assets — stands a good chance of triggering precisely the worst possible outcomes. This “half pregnant” strategy projects the oozy aura of American commitment without the force to make it real; at the same time, it signals to regime loyalists that they need to take extraordinary measures to counter the possibility of greater intervention. The likely result will be that the Syrian regime begins to expand the conflict to ward off an intervention that they may fear is coming while increasing numbers of jihadists who flock to wage the fight that other outsiders refuse to wage.

For Washington, the potential fallout of these scenarios is truly frightening. Chemical or biological weapons in the hands of Alawite vigilantes, Islamist terrorists or criminal gangs. Full-scale fighting along Syria’s borders. The release of pent-up ethnic and religious hatreds in Lebanon or Jordan. A renewal, after forty quiet years, of shooting between Syria and Israel. Military victory for what might eventually become the jihadist-dominated rebels leading to the establishment of Taliban-style rule in Damascus and the possible creation of a breakaway Alawite canton in the mountains of Latakia. Throw in weakness and division among Western allies, a possible face-off with muscle-flexing Russia, and the wild card of how Iran may exploit the Syria crisis to press ahead with its own regional ambitions — and its nuclear program — and this is a witch’s brew for U.S. interests that would consume the energies of the president and could put any strategic pivot to Asia on hold for a decade.

Preventing these calamitous outcomes should be a high priority. But it is reasonable to ask whether prevention — in the form of outside intervention — will itself trigger some of these scenarios. Might it be better to let the current fighting take its course and not stir up the hornet’s nest even more?

The answer is no. Left to its own, the Syrian rebellion may eventually succeed in bringing down the Assad regime, but the key to preventing these negative outcomes is speeding up the pace of change. A slow, grinding conflict in which the regime continues its merciless but ultimately futile whack-a-mole strategy is the most likely backdrop for these nightmare scenarios. In contrast, swift and decisive action to hasten Assad’s departure is the best way to immunize against this set of terrifying outcomes. While Assad may unleash some of his fury in the face of assertive international action, chances are more likely that a clear display of resolve in support of the opposition is the key ingredient to fracturing his surprisingly resilient governing coalition and bringing the regime tumbling down.

Such resolve could include a mix of cyberwarfare, to interfere with Syrian government communications efforts; unmanned drones, to target key installations and weapons depots; air power, to establish and defend safe zones; and a manned element based in neighboring states, to execute a train and equip mission to support rebel forces. At the same time, it is essential that the United States, teamed with Arab, Turkish and other allies, inject urgency and energy into the task of upgrading the cohesion and message of the Syrian political opposition, so that there is a clear answer to the important question of what comes in the wake of Assad’s demise.

Even with all-out effort, a dose of realism is warranted. Syria is going to be a mess for years to come; a peaceful, inclusive, representative Syria anytime soon — one hesitates even to use the word “democratic” — is a fantasy. In a post-Assad world, inter-ethnic reconciliation will be an uphill battle, and the inclusion of some Islamists in a successor government is — regrettably, in my view — a necessary fact of Syrian life. Still, policymaking is often accepting bad outcomes when the alternatives are worse, especially when the worse outcomes have the potential to wreak havoc on American interests.

Beyond the humanitarian disaster that Syria has become, the strategic damage that could result from the nightmare scenarios that could transpire in Syria should concentrate the minds of U.S. strategists. If it takes American-led intervention to prevent them, then that is where discussion of U.S. policy should begin. Time is not an ally.

Robert Satloff is executive director of The Washington Institute from where this article is adapted.