US: Assad lying over regime’s role in Houla massacre 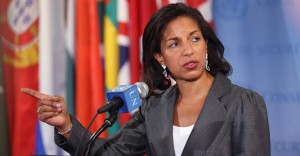 President Bashar al-Assad was lying when he denied his regime had any involvement in the massacre of more than 100 civilians in central Syria, the White House said Monday.

Asked if Assad lied at the weekend when he denied his forces fired on innocent civilians in Houla, President Barack Obama’s spokesman said “Yes,” adding that the “very massacres the Assad regime participated in and is now denying” are evidence of the need for a political transition in the country