Sovereign Debt in Lebanon: Beyond the Tipping Point.

by Ghassan Karam
692
by Ghassan Karam All systems, irrespective of how simple or complex is their structure, have a tipping point. A point beyond which no amount of effort can avoid calamitous consequences.
Share: 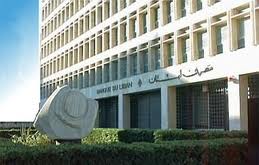 All systems, irrespective of how simple or complex is their structure, have a tipping point. A point beyond which no amount of effort can avoid calamitous consequences.  If a driver who is speeding down a highway does not notice that the road is about to end then no matter how hard the brake is applied the vehicle will go into the ravine. This, in essence, is the present situation that the world confronts in adopting measures to fight climate change. Many scientific models suggest that we are past the tipping point already. Let us hope that they are wrong.

The overall financial situation in Lebanon is very similar. Greece, Ireland, Spain, Portugal, Italy among many others is busy taking all sorts of steps to try and get their financial house in order in an effort to avoid possible disastrous outcomes. But not Lebanon, although the Lebanese economy is in at least as bad of a financial imbroglio as the worst of the above mentioned countries.

One of the most common popular measures about a country’s capacity to borrow is its Debt to GDP ratio. In 2011 only Greece (160%) had a larger ratio than that of Lebanon (140%). The other common measure is the size of the fiscal deficit as a percentage of the GDP. Again when this measure is applied we find that the Lebanese deficit of almost 10% is the highest of all the countries in question ( Greece 9.32%, Spain 8.47%, Ireland 9.79%, Portugal 5.16%). In spite of all of this Lebanon does not even have a policy to deal with this potentially explosive issue? The elected officials prefer to bury their heads in the sand, which might be understandable, but what about the obligation of the press to highlight these issues?

If a country has a debt service burden that is larger than the growth in its GDP and especially if a major portion of its debt is denominated in foreign currency then that country is simply past the tipping point. That is exactly the unenviable Lebanese neighborhood. The debt burden in Lebanon will amount to over LL6000 billion during the current year when the economy is projected to grow at possibly ¼ of that. The same will be true for the foreseeable future. A simple example will illustrate the implications of the above. If one is to borrow LL1000, say at 10% per annum and if one is to borrow the interest due on the loan each year then the total debt for that individual would amount to about LL 8000 after 20 years. This is precisely the situation in Lebanon. The total net debt in Lebanon increased from LL 5149 billion in 1993 to LL 67876 billion in 2010 according to the figures of the Ministry of finance. A couple of hours sifting through all the budgets for the above time period reveals that the total interest paid on the sovereign debt during this period amounts to about LL 60000 billion. Which is practically equal to the net increase in the national debt of about LL 63000 billion ( LL 67876 billion  less   LL 5149 billion).

I hope that each of the readers will take time to reflect upon the implications of the above. It simply means that 95% of the increase in the national debt of Lebanon over a period of 17 years was due to the accumulated interest. The nation borrows every single year about 10 % of its GDP, and that will only grow as time goes on, in order to pay the interest of the previous year. Another way to look at this is to jump forward to 2035.By then the Lebanese national debt could be about LL 560000 under the most optimistic of circumstances:  a primary budget that is balanced each and every year. The irony is that the Lebanese public will not be getting anything in return for all of that interest debt payment since none of it is available for any form of domestic investment.

The above scenario is real and the time will come to pay the piper and face the music. That might be next year or ten years from now. The fact that Lebanon has not been subjected to the pressures of Greece, Spain and others is not due to its financial health but is primarily due to purely political considerations. A financial crisis in a small country in a politically unstable part of the world is not exactly what is on the mind of the political leaders. Do not count on this to last.