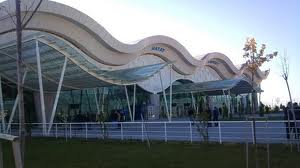 Prime Minister Najib Mikati has decided to delay his visit to Turkey. He was planning to hold talks with his Turkish counterpart Recep Tayyib Erdogan and Foreign Minister Ahmet Davutoglu, according to a report by LBC .

Mikati reportedly received an official invitation to Turkey by its Foreign Minister when he contacted him Friday to discuss the release of the Lebanese pilgrims who were kidnapped in Syria on Tuesday.

The confusion over the fate of the Lebanese pilgrims reportedly prompted Mikati to delay the trip.

Meanwhile Irshad Hormuzlu, Advisor to the Turkish president, denied on Saturday reports that Turkey had informed Lebanese authorities that the 11 Lebanese pilgrims abducted in Syria have entered Turkey, Voice of Lebanon radio reported

He told VOL: “There is no definite information that they have entered Turkey.”

He added that there is no definite information about their exact whereabouts in Syria, revealing that several contacts are being held to settle this issue.

Hormuzlu expected that the issue will be resolved soon, saying that several efforts are being exerted to this end.

Former PM Saad Hariri’s plane has been waiting at Hatay Airport to pick them up since last night.

A Free Syrian Army spokesperson said on Saturday that contacts with the rebel group that abducted the Lebanese Shiite pilgrims were interrupted on Friday night.

“Contacts with the rebel group, which is present in Aazaz in Aleppo, have been interrupted since 8 p.m. on Friday,” the FSA spokesperson, Khaled Youssef al-Hammoud, told Al-Jadeed television station.

He added that “the Syrian regime is preventing us from acting in order to resolve this issue… they have shelled the team that we had sent to conduct negotiations with the abductors.”

The pilgrims were expected to arrive in Lebanon from Turkey at 8:pm on Friday but logistic reasons and normal routine forced the delay, said Interior Minister Marwan Charbel.

The families of the pilgrims issued a statement on Saturday condemning the delay, holding Turkey responsible for it.

They also held Turkey responsible for the pilgrims’ safety and “ensuring their safe return to Lebanon as soon as possible.”

They also voiced their “complete trust in Speaker Nabih Berri and Hezbollah chief Sayyed Hassan Nasrallah in guaranteeing their return.”

The 11 pilgrims were kidnapped in Aleppo on Tuesday on their way back from Iran.

The Free Syrian Army has reportedly been trying to locate the pilgrims to free them.

Photo: Hatay Airport in Turkey. Former PM Saad Hariri’s plane has been waiting at this airport to pick up the Lebanese pilgrims since Friday night