Lebanese kidnapped in Syria freed and on way home 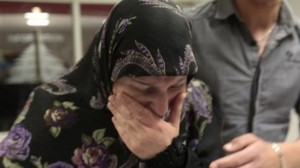 Lebanese Shi’ites kidnapped in Syria were freed and handed over to Turkish authorities on Friday, Lebanon’s prime minister said after the abductions sparked angry protests in his country where sectarian tensions have flared over Syria’s turmoil.

The kidnapping of the Lebanese, who were snatched in northern Syria this week as they returned from a pilgrimage in Iran, was the latest incident in the 14-month-old uprising against Syrian President Bashar al-Assad to entangle neighbouring Lebanon.

The kidnappings followed the worst unrest in years in the Lebanese capital, where rival Sunni factions loyal and opposed to Syria fought street battles after the killing of a Sunni Muslim cleric opposed to Assad in northern Lebanon.

Fighting erupted in that region two weeks ago between Sunni Islamist gunmen, the Lebanese army and Lebanese members of the Alawite sect to which Syria’s rulers belong over the arrest a Lebanese Islamist suspected of funnelling arms to the Sunni Muslim insurgents fighting against Assad.

“Thanks to God their transfer is complete … they have been handed to the Turkish authorities,” said a statement from Sheikh Ibrahim al-Zoaby, a Muslim cleric who had mediated for the release of the hostages.

Prime Minister Najib Mikati said Turkey confirmed the hostages were free, and would be in Beirut shortly.

Residents of Beirut’s southern suburbs – a stronghold of Hezbollah, the Syrian and Iranian-allied guerrilla group and political movement – poured into the streets to celebrate news of their release, women ululating and tossing rice in the air.

Those same areas saw enraged Shi’ites burn tyres and block the road to Beirut’s airport as word of the kidnappings spread.

The kidnappings underscored the potential of Syria’s conflict to drag in the smaller neighbour it has traditionally dominated, as well as the relentlessness of violence that now characterises what began as peaceful mass protest against Assad.

The Syrian state news agency – which gives the government’s view of the uprising as a foreign-funded conspiracy – said six people were killed by a bomb planted by “terrorists” in the central city of Homs late on Thursday.

Syrian security forces killed at least four anti-government protesters on Friday when they opened fire on demonstrations in the northern city of Aleppo and the outskirts of the capital Damascus, activists said.

The fringes of the capital also saw skirmishes between rebels of the Free Syria Army and government forces who fired on demonstrations in the Zamalka district, opposition activists said.

There was no independent confirmation of any of those accounts from within Syria, which has limited access for journalists during the uprising.

The United Nations, which six weeks ago put forth a plan for a ceasefire aimed at paving the way for a political end to Syria’s bloodshed, said on Thursday that both sides in the Syrian conflict had committed serious human rights abuses.

In a report documenting 207 killings since March, U.N. investigators said government forces had executed entire families in their homes and rebels tortured and killed captive soldiers and government supporters.

The global body said it can no longer track casualties in the uprising, after estimating at least 9,000 people have been killed. Syria says “terrorists” have killed about 2,600 security and military personnel.

The envoy overseeing the U.N. peace plan, Kofi Annan, is due in Syria shortly, Annan’s spokesman said. It would be his first visit since presenting the plan, which includes teams monitoring the ceasefire, which has yet to take hold.

Photo: Wife of one of the abducted Lebanese