Mawlawi says was forced to confess under duress 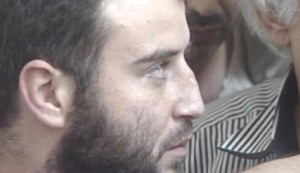 Shadi al-Mawlawi, who was arrested earlier in May, said on Tuesday that he was forced under duress to confess that he belonged to Al-Qaeda as he was being tortured and pressured

“I confessed [to many] things as I was being tortured and pressured,” Mawlawi said following his release earlier on Tuesday, adding that he “denied these confessions later on when standing before the judge.”

Speaking from Finance Minister Mohammad Safadi’s office in Tripoli, the scene of his arrest, Mawlawi hailed “the revolution in Syria” and said that his arrest was “political.”

Earlier on Tuesday, Mawlawi, an Islamist whose arrest sparked deadly sectarian clashes in Lebanon between pro- and anti-Syrian groups, was released on 500,000 LBP bail ( $333)